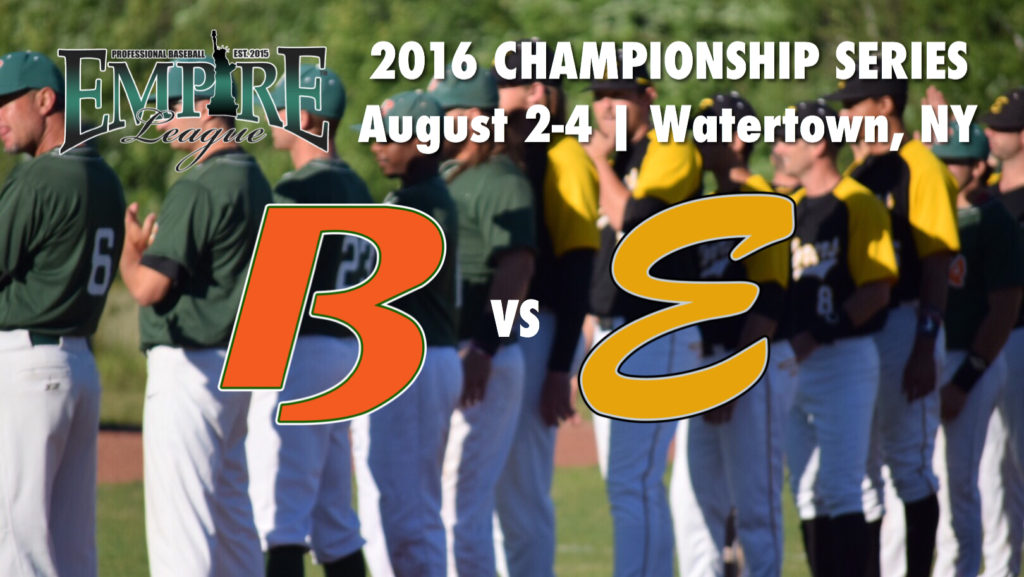 The 2016 Empire League regular season has now come to an end and the championship series teams have clinched.

The Sullivan Explorers clinched on Saturday during a double header victory over the New Hampshire Wild to win the overall second place in the standings. Meanwhile, Watertown Bucks, who had already clinched the first half, also clinched the second half by defeating the Old Orchard Beach Surge.

The Championship series will be played on August 2-4 in which the Sullivan Explorers will take on the Watertown Bucks at Alex T Duffy Fairgrounds in Watertown, NY. The series is a best of 3 game series with all games starting at 6:30pm. Tickets will be on sale at the Ticket Box office on Tuesday! Gates open at 4:00pm