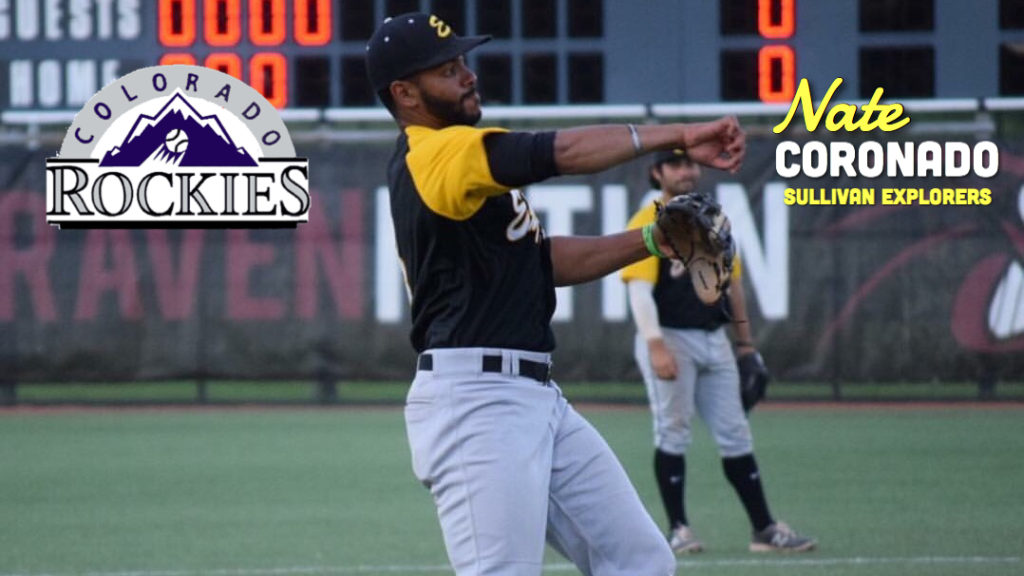 TAMPA, FL – Nate Coronado of the 2016 Empire League Champions Sullivan Explorers signs with the Colorado Rockies.
The Sullivan Explorers star was one of the best players in the Empire league on its inaugural year.
Nate will be looking to earn a minor league roster spot in this years Spring training.

I am forever grateful for the opportunity given to play in the Empire League. Without it, I wouldn’t have had anywhere to play in 2016. Playing the game I love everyday gave me the opportunity to develop and get the experience necessary to even be considered for an affiliated spot! I thank the Gonzalez family and my Sullivan Explorers family for one of the most memorable times of my life! – Nate Coronado

The Empire League wishes Nate all the success in the world and many blessings during his career. He encouraged up and coming players to make the sacrifices necessary. Playing in a league like the Empire league where players have the chance to play can and will allow for them to possibly achieve the higher level.