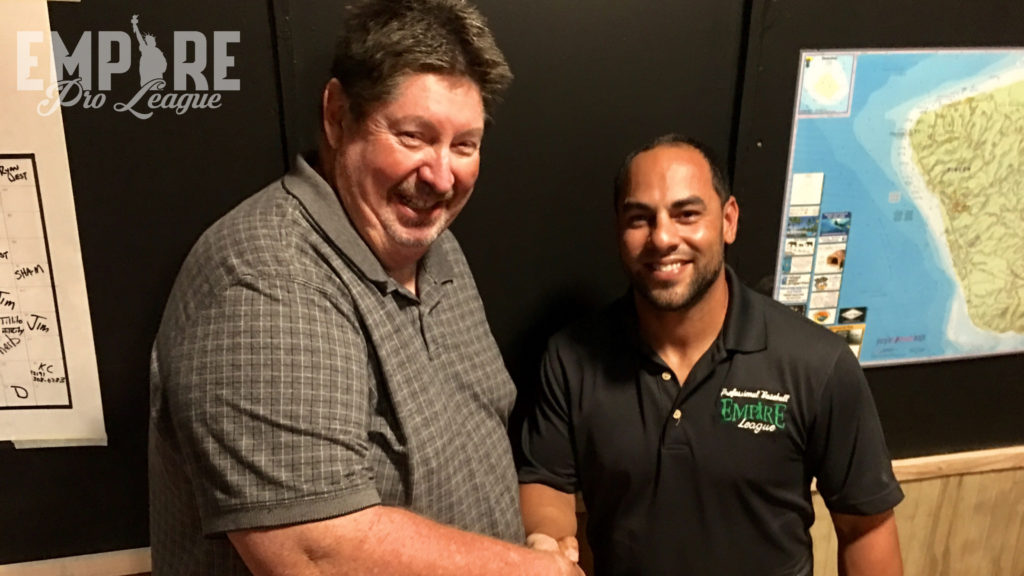 TAMPA, FL – It has been a long process for the Empire League to find Sullivan a Manager. Over 50 candidates were interviewed and the league has announced Jim Hayes will be the 2017 Sullivan Explorers Champions.

“I wish to thank the PRIBL organization for providing the networks to interview with the Empire League. I’d like to thank Eddie and Jerry Gonzalez for believing in me to give me this opportunity. I will do the best of my abilities to make sure I can help all players in my team improve or move forward in their careers. I’m excited and ready for the season to begin.” – Jim Hayes

The Sullivan Explorers, who were the 2016 Empire League Champions, will look to repeat in 2017 under Jim Hayes who has been a long time independent coach of many players who have had the chance to move forward in their baseball careers.

“We believe Jim is a good coach and a great person. He has the mindset that fits what we were looking for and we hope he has success in 2017. He will have a lot of pressure on him trying to repeat as the leagues champions. But I think he can handle it” – Jerry Gonzalez VP of Empire League

The Explorers open up against Old Orchard Beach on June 23, 2017. Tickets will be available soon.