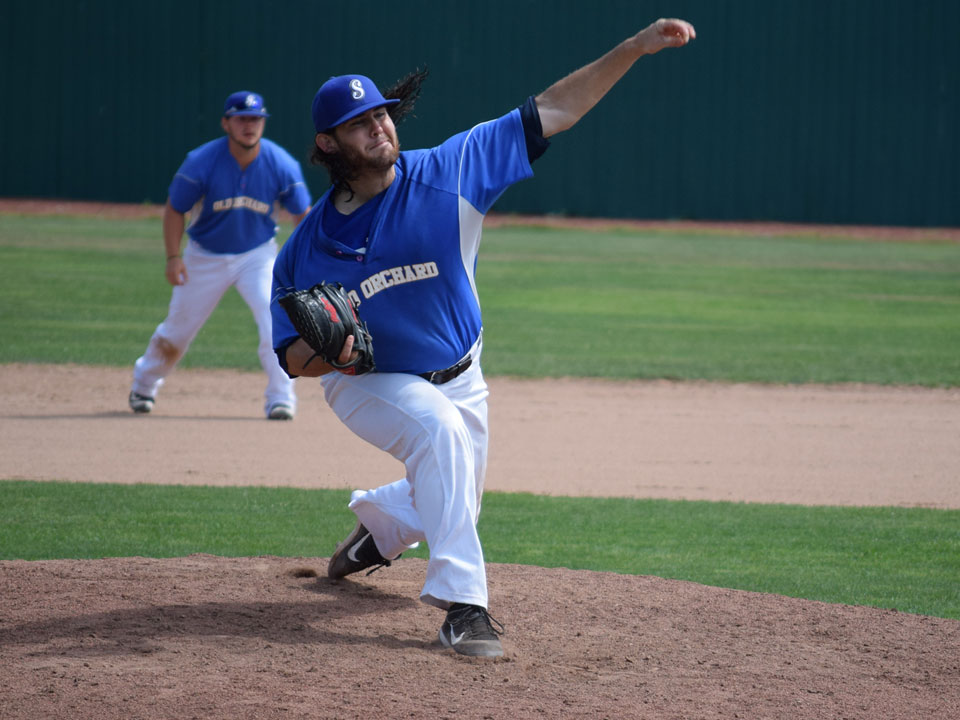 OLD ORCHARD BEACH, ME –  The Old Orchard Beach Surge swept the double header today against the first place RedBirds who have already clinched the first half.

In Game one, last game of the first half, the Surge defeated the RedBirds by a score of 3-0. Matt Picucci has proven to be a top Pitcher in the league and for the Surge as he tossed a complete game shutout against top prospect Matti Doexter and the RedBirds. That’s Picucci 3rd victory of the season.  He struck out 11 batters while only allowing 3 hits and one walk.

Parker Frankling had a day joining teammate Sebastian Diaz who has been on fire for the Surge with two hits each.

Game two would be the Surge first game of the second half while it was the last of the first half for the RedBirds. Wendell Floranus tossed a 5 great innings allowing just  one earned run. 3 hits and striking out 4 batters.

Casey Cannon started for the Surge and nearly pitched a complete game coming out of the game in the top of the 7th after giving up what would be the game tying run with two outs.  Cannon pitched 6.2 innings giving up 2 earned runs on 5 hits and striking out 7 batters.

The Surge were led offensively by Kevin Putkonen who went 2 for 2 with an RBI double  and intentionally walked twice. However, Parker Frankling had his day with a walk-off single to left in the bottom of the 7th off RedBirds pitcher Harry Ferguson to score Edgar Lebron and take the first game of the second half for the Surge.

Both teams square off again tomorrow night at the Ballpark in Old Orchard Beach for a double header at 3:30pm and 6:30pm.