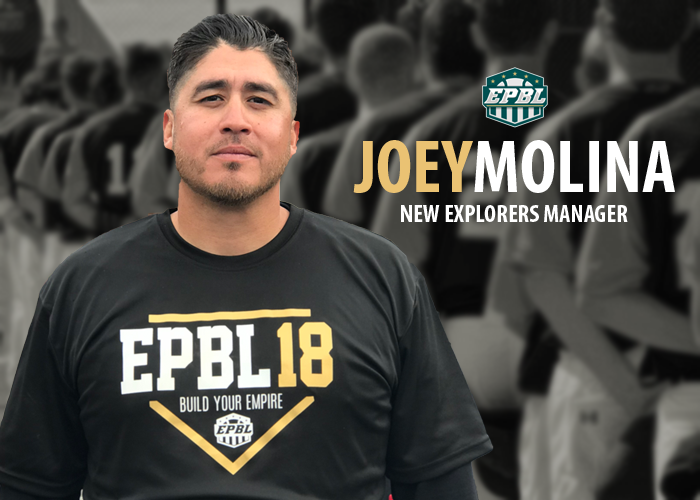 TAMPA, FL – The Empire Professional Baseball League have officially named Joey Molina, out of California, the new manager of the Sullivan Explorers.

Molina, who currently serves as an instructor and coach at Glendale Community College in Glendale, California, was among the top candidates for a field manager position out of over 100 applicants.

“Joey has the perfect mentality that we look for. He has tremendous knowledge of the game as well as judgement of players and he is devoted to helping players advance in their careers which is what the Empire League is about. He has trained many talented ball players including one of our latest signings to the Kansas City Royals in Tarik El-Abour, and we couldn’t be happier to have Joey on board.” VP of Baseball Jerry Gonzalez

Molina will serve as the new Field Manager for the Sullivan Explorers and will be entering his first year as a Field Manager in professional baseball.

He will be looking to fill his entire roster at this years Spring Training Tryout Camp in Delaware where all team rosters of the 2018 EPBL Season will be filled and over 120 contracts offered. Like no other camp in the world, the EPBL is the only league that offers 120 or more contracts at their tryout camps.

For interested players, visit the tryout links to be accepted into the upcoming Spring Training Camp in Delaware on June 4-8, 2018.