Orlando FL- Are you in the Empire League Independent Baseball and affiliated scouts database?

Did you know that all Empire League Showcases or Camp Attendees are automatically entered into the best and only pro baseball free agent prospect database with scouting reports shared with managers in high level leagues and MLB scouting?

The Empire League management , scouting staff and  coaches  are extremely excited   about the upcoming Spring Training  camp and  Independent Professional Baseball showcase.   After the number of  player submissions to get in the Empire database reached 1,230 ,  and over 200 accepted players confirmed to attending the showcase, the league  has confirmed that there will be no other tryouts in 2018. Players that do not attend spring training camp on June 4-8 will not be eligible to sign to play in the Empire League in the middle of the season during 2018.

“We are a players league, there are no owners, GM’s or player personnel members in each franchise making decisions. We do not believe in that format at this level, since we are here for helping players and developing them. All players that enroll in our database and do not make a team are the first ones eligible to get called up once players are promoted or if spots become available.” – Eddie Gonzalez

To play in the Empire League this year, or to be considered an  Independent prospect that could be sent up to leagues like the  CanAm, American Association and the Atlantic League, a player must be  participating members at our week long Spring Training Independent Baseball qualifier. 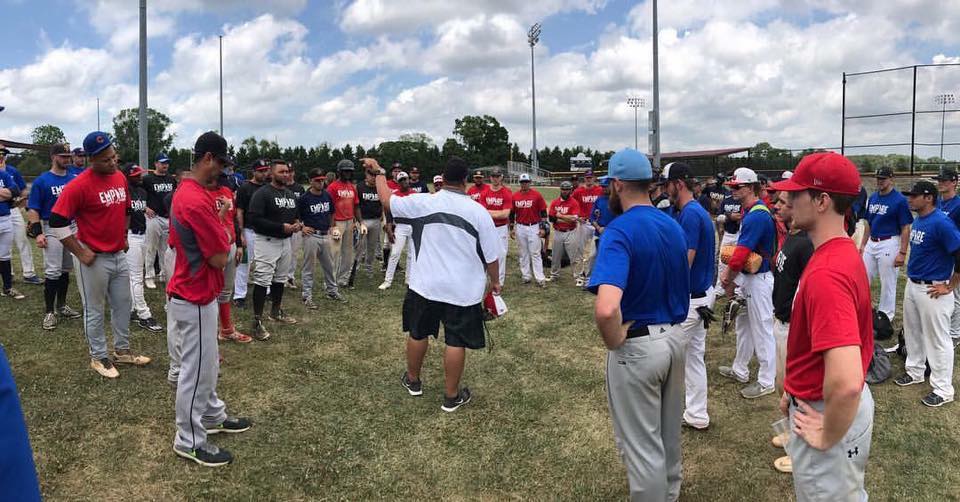