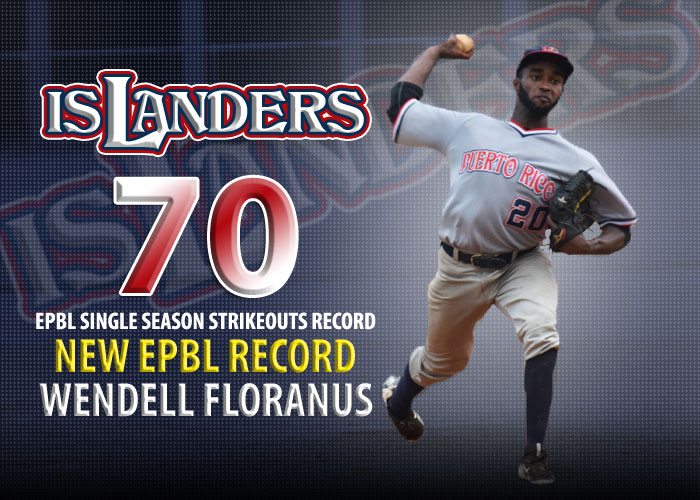 OLD ORCHARD BEACH, ME – The Old Orchard Beach Surge (14-17) were outplayed by the Puerto Rico Islanders (20-11), falling 9-0 in Empire Professional Baseball League play Saturday afternoon.
The Islanders scored 4 times in the top of the 3rd and never looked back. A few singles by third baseman Angel Perez and center fielder Markus Guzman followed were followed by a sacrifice fly from first baseman Kyle Schade.
Puerto Rico plated 3 more in the 4th thanks to an RBI single by Perez after a leadoff double by designated hitter Evan Hirschbaum. Shortstop Nick Landell homered to leadoff the 5th and extend the score to 8-0.
The lone extra base hit for the Surge was a double hit by second baseman John Tierney Jr. in the bottom of the 8th. Designated hitter Quinn Tiernan smoked two singles up the middle, going 2-3 on the day. Left fielder Cole Easely got on base 3 times in an 0-2 game, getting hit twice and hitting into a fielder’s choice.
Islanders starting pitcher Wendell Floranus earned the win by pitching 7 shutout innings, giving up 4 hits, walking one and striking out 10. The story here is not only the Islanders win, but Floranus 7th strikeout of the game  was the story of the game as it set the Empire Leagues single season strikeout record. The Strikeout happened in the 6th inning to Surge Outfielder Tony Holton.
There is no telling is anyone will ever catch Wendell unless he moves on, but he leads by 13 strikeouts and the season still has another half to play.

“The guy is just good. He averages 11 strikeouts a game. There’s a reason the Netherlands World Baseball Classic has this guy on the roster facing guys like Shohei Otani. He just turned 23. This guy should be in the Big Leagues” – VP of Baseball Jerry Gonzalez

The Surge play tomorrow morning at 11:00 A.M. in the finale of a 6-game series against the Puerto Rico Islanders.
Article By Empire Media