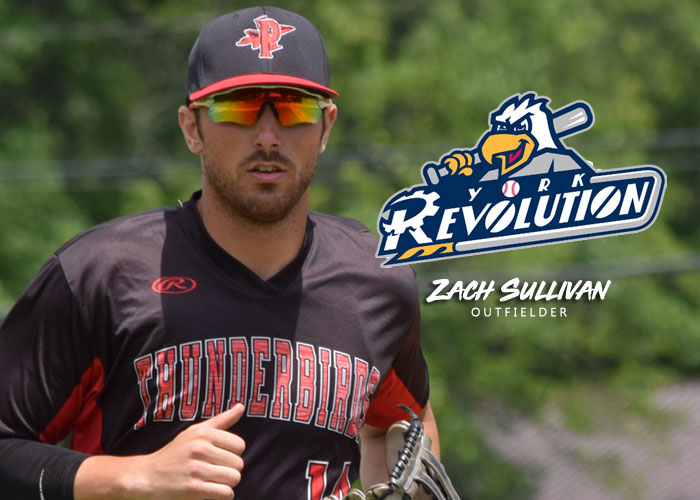 PLATTSBURGH, NEW YORK – The Plattsburgh Thunderbirds right fielder Zach Sullivan, who made a big name for himself in the Empire League and in the CanAm League with his spectacular defense and consistent offense, has been moved to the York Revolution of the Atlantic League. The highest level of independent professional baseball.

Sullivan will join teammate Sam Burton in Jersey as the Revolution will face the Somerset Patriots this week.