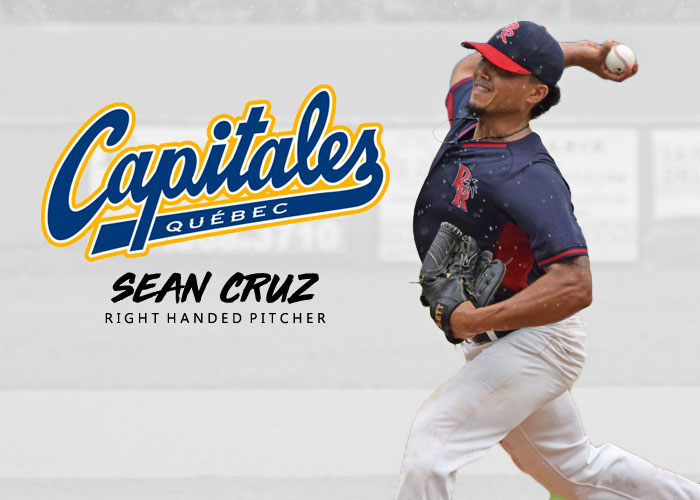 SARANAC LAKE, NY – Shortly after tossing yet another solid game for the Islanders and being named the All Star Game starter, Sean Cruz is now being moved to the Canam League to play for the Quebec Capitales.

In 33 and two thirds innings pitched, Cruz posted an impressive  1.60 earned run average while striking out 28 batters. Cruz has been a dominant pitcher so far including taking down the leagues best Plattsburgh Thunderbirds to just 3 hits.

In 5 Games started, Cruz has a (3-2) record with two complete games and one shutout.

When i saw Sean down in Puerto Rico and he shut the Thunderbirds down, i said this guy has the potential to go a long ways in this game. When Eddie asked me who i thought one of the best pitchers in this league was without hesitation Sean was one of those guys. He deserves this opportunity and we are excited to help yet another player continue his career at a high level. -VP of Baseball Jerry Gonzalez