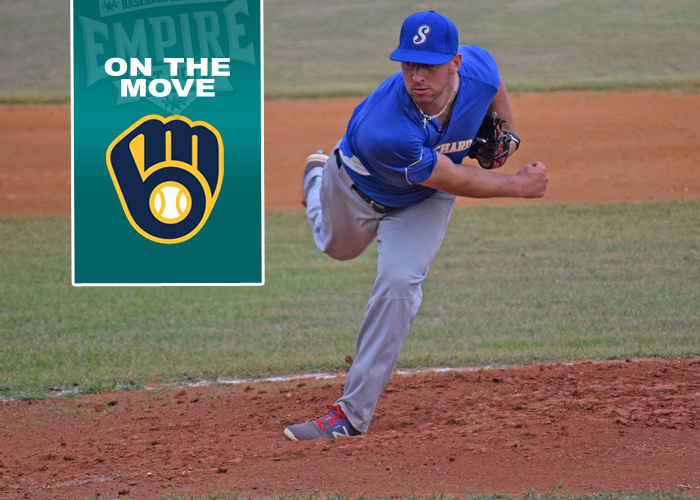 SARANAC LAKE, NY – Former right handed starting pitcher for the Surge Baseball organization Johnnie LaRossa has climbed up the latter and earned his way to signing with the Milwaukee Brewers  organization.

The  North Massapequa, New York product  started 7 games in the Empire League  posting a (2-2) record. LaRossa had one complete game with one shutout. In 38 innings of work, LaRossa struck out 43 batters.

The EBL congratulates Johnnie and hopes to see him continue to build his empire.