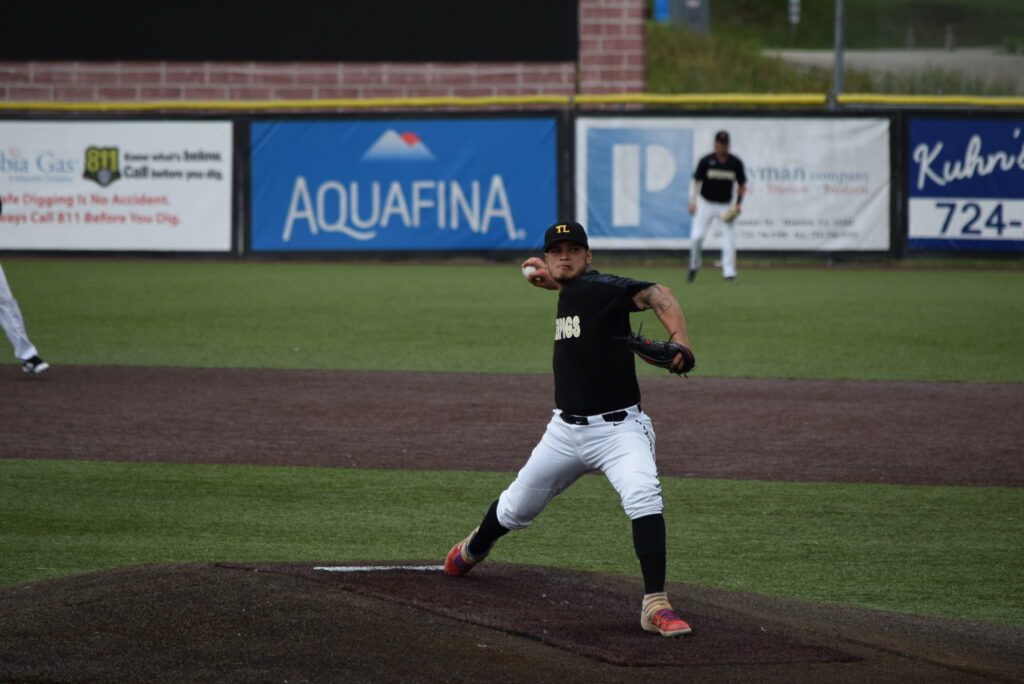 WASHINGTON, PA –  The Tupper Lake Riverpigs made history in the Empire League today by defeating the Road Warrior Black Sox in the first game of the 2020 Empire League Series.

The Riverpigs scored the first run of the organization when Riverpigs Third Baseman Ronald Krsolovic hit a single in the 4th inning and scored on a triple by Aramis Cruz who would also score on great execution by Catcher Miguel Molina’s ground ball RBI.

Colton Adams would lead off the 5th inning with a single and stole second base and would eventually score on a wild pitch for the third run of the game.

The Black Sox would get on board in the top of the 7th when Marten Pauwels was hit by pitch, advanced to third on a pickoff error and scored on a wild pitch. But the Riverpigs would answer back with 5 runs with 3 of those runs coming on a base clearing pinch hit double by catcher David Grubaugh.

The Riverpigs would go on to finish the game winning its first in organization history by the score of 10-6.

Riverpigs Venezuelan ace Jose Zacarias went 5 inning not allowing a single run, striking out 8 and only allowing 1 hit and 1 walk.

Riverpigs shortstop Nicholas Ybarra was outstanding going 3 for 4 with a double, 2 runs and 2 stolen bases. Ybarra got the first hit in Riverpigs history as well the first stolen bases.

Aramis Cruz showed power with a double and a triple and 2 runs batted in.

The Riverpigs will take on the Baseball Brilliance Sox tomorrow at 3:00pm ET. Fans are welcomed.