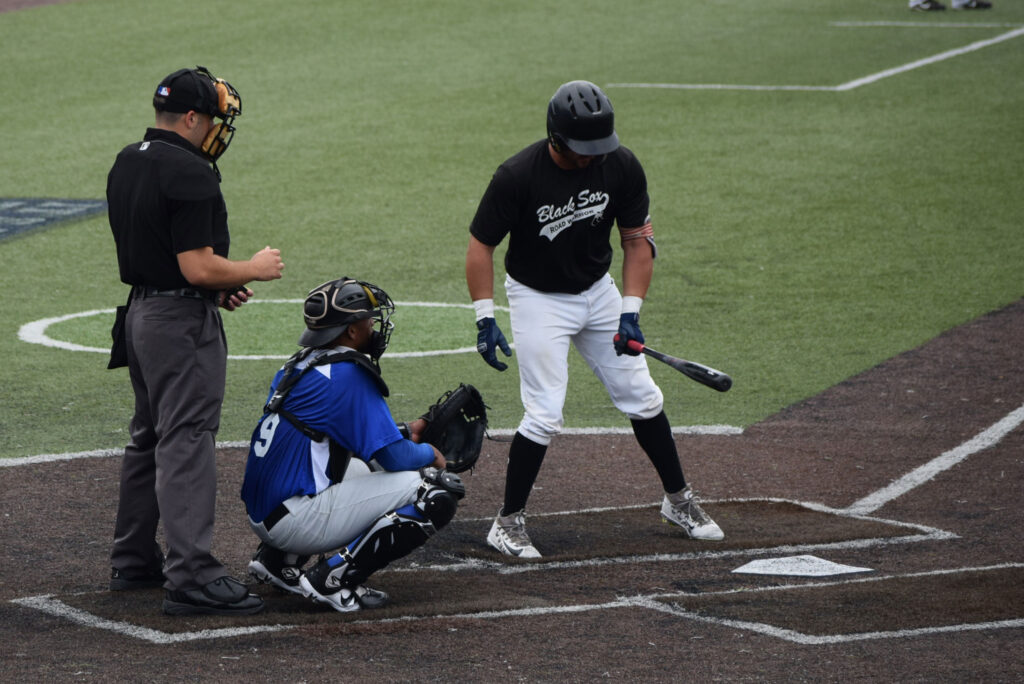 WASHINGTON, PA – The Road Warriors Black Sox have defeated the Saranac Lake Surge by the score of 12-7 to give the Black Sox their first win of the Season.

The Black Sox exploded for 6 runs in the bottom of the 2nd inning which included a single to the right side by Black Sox centerfielder Derek Reddy that scored 2 runs.

The team would go on to tack on 4 in the 7th inning with 2 big blasts. One by shortstop Zane Gelphman and the other by Marten Pauwels.

For the Surge, Taylor Olmstead would blast his first and leagues first home run of the season over the left field wall. Olmstead finished the day going 3 for 4 with 3 runs 2 RBI’s a stolen base and a double.

David Tiskevics pitched well for the Surge going 2.2 innings allowing just 2 hits and 0 runs. For the Black Sox, Joseph Jones would close the game out in 2 innings striking out 3 batters.

The Surge drop to (0-2) while the Black Sox improve to (1-1). Both teams will continue play tomorrow at Washington Wild Things park.