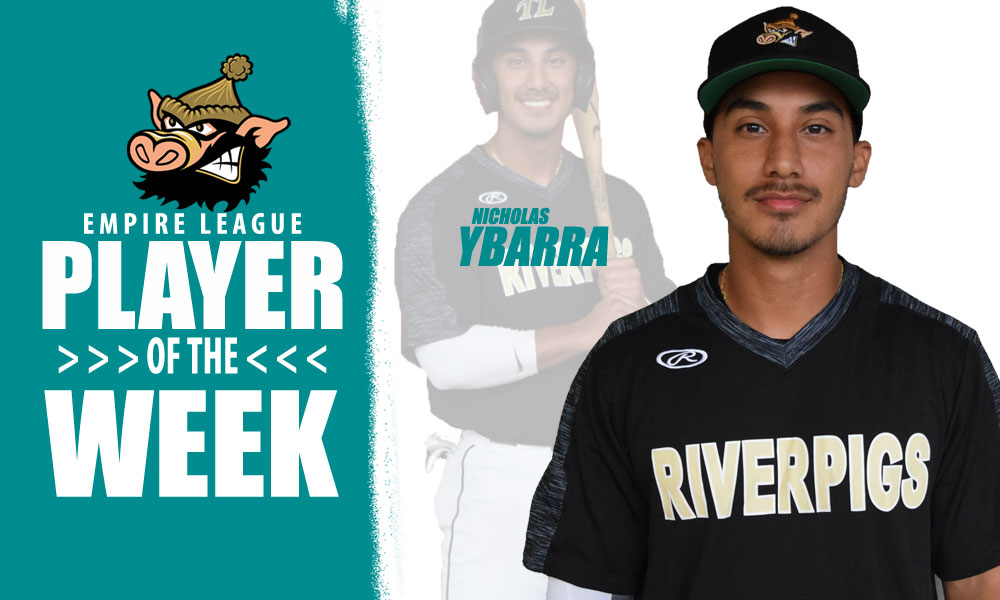 Ybarra finished the week going 10 for 18 scoring 5 runs, driving in 4 RBI’s and 2 extra base hits with a 5 game hitting streak.