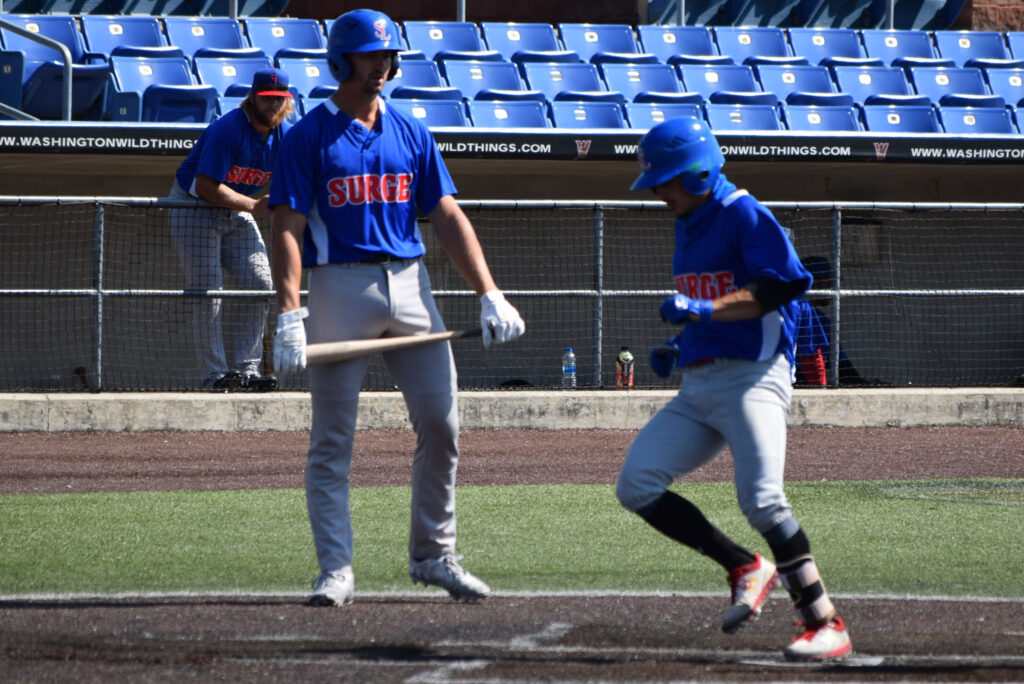 WASHINGTON, PA –  The final battle of the Adirondacks would take place when the visiting Saranac Lake Surge took on the Tupper Lake Riverpigs.

Donnell Hightower of the Surge would face off against right hander Stephen Cardiello of the Riverpigs.

Things could not have started any worse for the Riverpigs. After a Nicholas Ybarra ejection, starter Jorge Murillo exited the game with an injury and a one run lead for the Surge. Surge would add on 4 more runs on a big double by Nelson Laviosa.

The Surge would take a commanding lead in the top of the 3rd when they score 5 more runs on walks and Riverpigs mistakes to take a 10-1 lead.

Riverpigs would get 2 back in the bottom of the 4th when Jose Zacarias hit a sac fly to left to score Josh Goulet.

Bottom of the 6th the Riverpigs would make a comeback scoring 3 more runs on great hitting by Miguel Molina with 2 outs to make the score 11-8.

David Tiskevics would come in to close it out for the Surge but not until the Riverpigs made it very interested. With bases loaded and 2 outs, Brandon Camargo would single to center to make the game 11-9 but a big running mistake allowed for the Surge to get the second runner coming around to score and end the game.