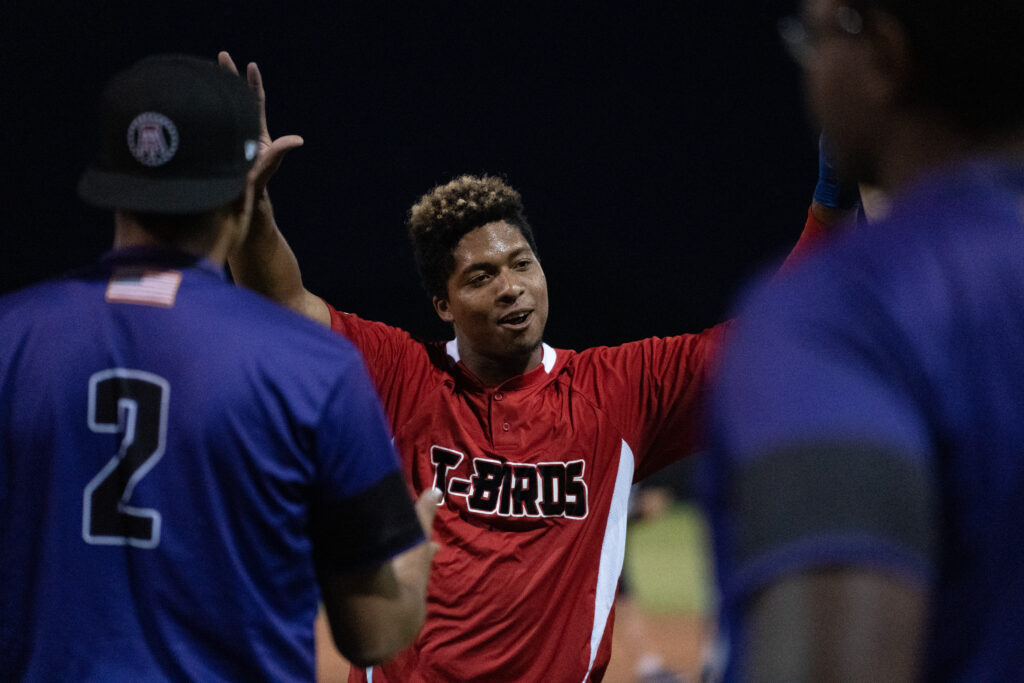 Matos belted two big blasts into the lake behind the left field wall at Municipal Park to take the lead and the victory.

Teammate Richard Miller hit the first homer of the night and made it to the Semi-Final round.