HOW DOES THE EMPIRE LEAGUE OPERATE? 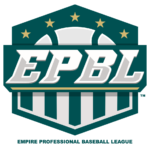 The Empire League is a Independent Professional Baseball Developmental Organization established 2015. The league operates with  teams primarily out of the states of New Hampshire New York, Puerto Rico and Maine. This League  is considered a Rookie to Class A-level of minor league baseball, meant to give players out of college an educational pro experience. It is a true opportunity for players to stay in shape and be provided with the chance at being signed to higher level league contracts with affiliated or pro federation independent teams. The EPBL is a non profit operation and is completely funded by all revenue streams such as Advertisement sales, Ticket Sales, Tryout revenue, donations and private funding members. Players signed to teams are  compensated with housing, transportation and an expense stipend based on their classification, no different than all independent professional baseball leagues or affiliated organizations.  All Empire League participants are considered Rookies on the Pro Baseball qualification ranks of (Rookie 1 or Rookie 2) as that is the qualification that they will keep if they move up to play at any higher level. A player service is measured by a 30 day game  per month format, and the expense stipend pay ranges differently per player from $200-$400 based on agreed  classification. In addition to the expense pay, nightly housing, and transportation is provided. The Empire League is NOT affiliated with any other Professional baseball organization in America, or the Pro Baseball federation.  This Program is an independent showcase opportunity for a player to pursue a Pro baseball career at their own risk. Players do not earn an established salary as this is not an employment opportunity. Participating players must financially provide for themselves and are not in any way shape or form a responsibility of the Empire League.

What is the EMPIRE LEAGUES PRIMARY MISSION

The Empire League wants to continue its great established reputation of providing players the "DREAM" opportunity at playing, and putting up statistics for the purpose of being recruited to the high level elite professional leagues such as the Frontier, CanAm, American Association, Atlantic League, or even affiliated MLB teams. If players are looking for the Empire league to be their dream league, this is not the league for them. Players will not rely on their Empire league expense compensation to comply with personal financial responsibilities. Players will agree and understand that this is an opportunity league that provides the chance for higher leagues to offer them the actual certified paying contracts.

Only those players accepted will be allowed into camp, to register for acceptance, Click Here. All players attending spring training for a chance to make an Empire League Roster, are responsible for paying and covering their  expenses. The League is NOT responsible for any of the following: Transportation to and from camp site or team sites, meals, and any personal expense at any time of the season unless paid for during the camp dates. There is NO compensation for Spring Training, as Spring Training is simply a week long Indy Ball showcase and tryout camp opportunity to be sent to a pro league or make one of the teams in the Empire League. Only the players that attend Empire League Camp tryouts are eligible for Empire League Playing opportunity. There will be no players signed from winter leagues, showcase organizations, etc. Only those that attend camp. Rosters will be made following spring training. No Pre-season guaranteed contracts or roster spots are filled.

The Empire League plays a 50 to 65 game  season based on playoff qualification. Players are housed throughout the season. Meals are not included. Players will only get an expense payment compensation for their active roster service time of games played in the league and are all statistically credited with Rookie Level Professional Baseball experience.

Record of games during the season will determine who advances to  the postseason. Top 4 teams in the final standings advance. There will be a 1 game playoff between the 1st seed and 4th seed and 3 game series between the 2nd seed and 3rd seed to see who advances to the 3 game Championship series. #1 seed will have home field advantage throughout the playoffs. If #1 seed is eliminated, the better seeding team will have home field advantage in the Championship round.