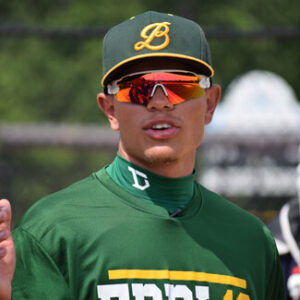 Ernesto Isidro Punales Vera Born in Santa Clara, Villa Clara, Cuba, February 4,1993 Born in the a Baseball family, he was breathing and eating Baseball since he was born, father played in Cuba,  he comes from a family of professional baseball players background in Cuba. He began his baseball career at the age of 4. He was able to get into his hometown baseball school, where he was teammates with a couple of major leaguers from his hometown, Jose Fernandez Miami Marlins also a great friend, Aleymis Diaz  infielder from the blue jays. He was also fortune to make the Cuban national team at the age of 9,10,11. Where he also had other teammates such as the youngest out of the Gourriel brothers now also a blue jays infielder and many more. He came over to the United States at the age of 14… He enrolled at Champagnat Catholic School in Hialeah Florida, the rivals of the Brito Miami, so he got to face players such as Manny Machado for a lot of years. After graduating he attended Western Nebraska Community College where he played 2 years as a Shortstop and Pitcher. Then after that he decided to become a professional player at the age of 19. His first pro experience was with the Baltimore Orioles, where he got a invite to extended spring training out of the Extreme line Baseball Academy invited by owner and director of international baseball scouting Fred Ferreira. After being released, he decided to give independent Baseball a chance at the age of 20 and has been apart of the independent circuit for the past 5 years as a pitcher.   He retired from playing at an early age to become a professional baseball manager in the Empire League to begin his career as a professional coach, mentor and manager.