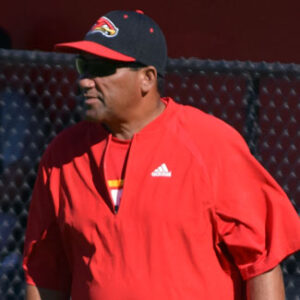 Baseball is a family affair for Young. His father, Fate Young, was a professional baseball scout for over 35 years. His younger brother, Delwyn, was selected in the second round by the Cincinnati Reds and played for 13 seasons. His nephew, Delwyn Jr., has been in professional baseball eight years and is currently with the Philadelphia Phillies organization.