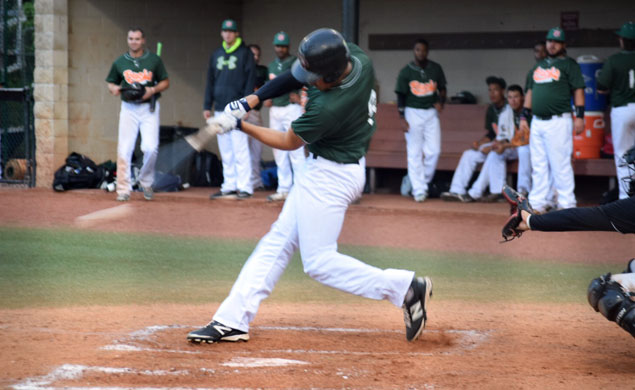 The New Hampshire Wild (0-2) lost to the Watertown Bucks (2-0) in a tough game. The Wild were once again winning going into the later innings of the game when the bullpen gave up several runs to the Bucks hot offense.

The Wild once again ended the game with 3 errors totaling 8 in just two games. Manager Jerry Gonzalez wasn’t happy with his teams first two games but he is not letting two games prevent him from losing confidence in his guys.

“These are my guys, I picked them for a reason and i believe in them. It’s just two games and there is a full season still ahead of us. We are ok and will be ok. We got Jerm on the bump tomorrow and that’s what we are looking forward to. First two games are in the past” Manager Jerry Gonzalez

The Wilds bullpen has some injuries that occured prior to opening day. With those releivers not being able to go, the Wild are tight with their pen and look to bounce back tomorrow as they take on the Bucks for the 3rd game of the 5 game series at 2:00pm at Dr. Arthur and Martha Pappas Field.

Tickets are only $5 for all guest.