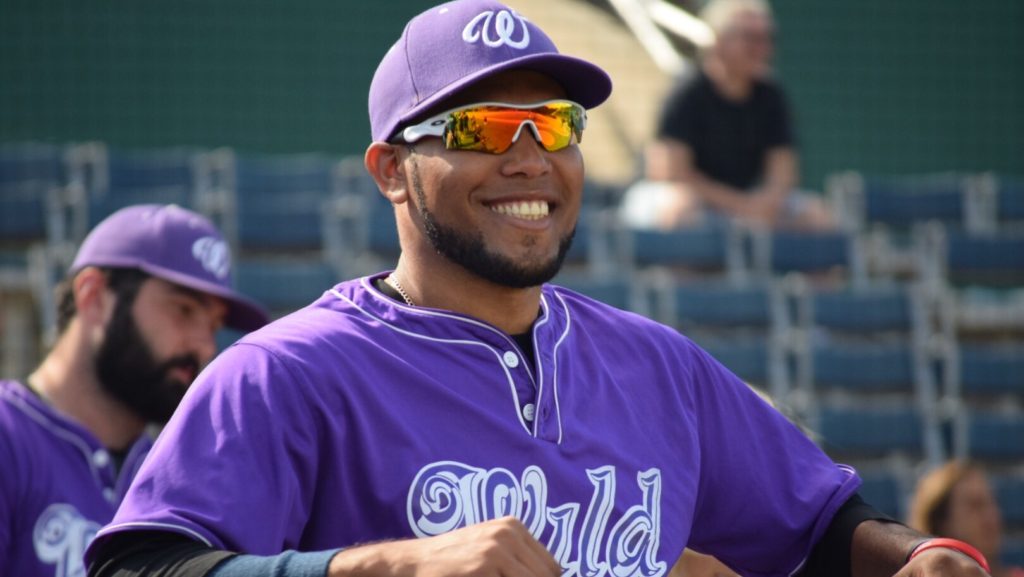 The Empire League is proud to announce the moving of New Hampshire Wild Closer and former big league pitcher Jorge De Leon to the Gary Southshore Railcats of the American Association.

The move sends De Leon, who pitched In 10 games with the New Hampshire Wild, had 11 strikeouts, a 1-0 record and 3 saves, to join the team when they return from a Canadian road trip to Texas. The New Hampshire Wild will put original closer Tony McClendon back on the role.

“I am very happy for Jorge, We talked about him getting back to big leagues from day one and this is a big step into the right direction. He is leaving us after hitting 95 mph last night. His work ethic proves he should be back in the bigs and I have no doubt in my mind that he will get back there soon. We thank Jorge and wish him the best of luck!” – Jerry Gonzalez

The New Hampshire Wild are out of the race for the first half but manager Gonzalez did mention that he is rebuilding his pitching staff to prepare for the second half.

The Wild finish up a series with Watertown on Thursday in which Jorge will still be a part of the club, but come last game of the series, De Leon will be in Railcats uniform.

Tickets to Wild vs Bucks are just $5. Game time is at 630pm at the Alex T Duffy Fairgrounds.