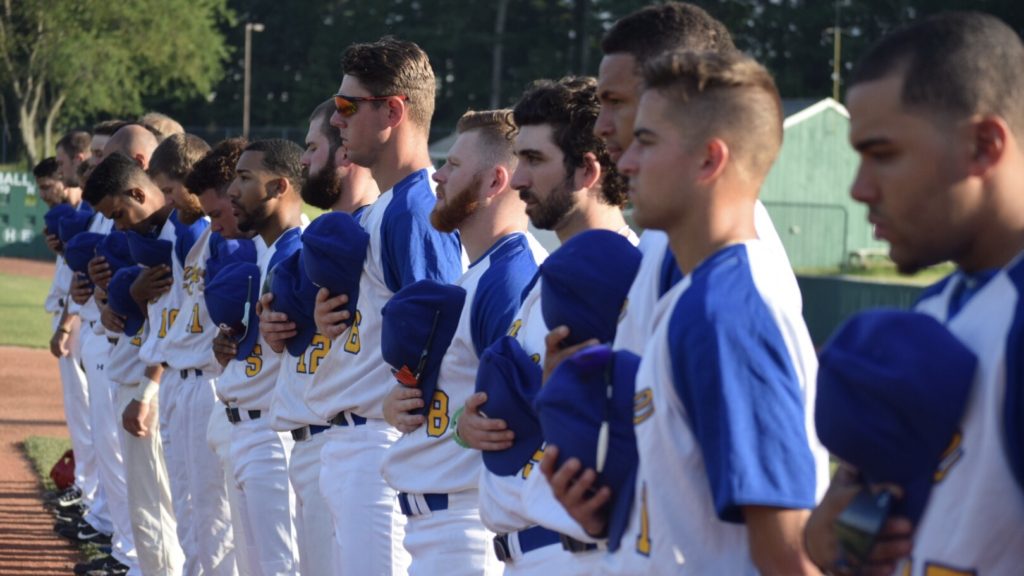 Puerto Rico took an early 1-0 lead when Surge Pitcher Erik Mozeika pegged  Michael Heller to score  Taran Tani.  Surge came back to tie it  in the bottom of the fourth inning when  Mike Davis blasted a 425ft solo Home Run  over the left field wall.

The game stayed tied until the 6th inning when the islanders got two runners on base with 2 outs and Shortstop Taran Tani singled up the middle to give the Islanders the lead.

Islanders Starting Pitcher Fabian Feliciano was pulled   in the 7th inning after a lead off walk to Kevin Putkonen which started a rally for the Surge. Mike Davis stayed hot with his 3rd hit of the game  and it was it for the Islanders as the Surge scored 5 runs in the 7th to take a 6-2 lead.

The Surge brought in Axel Cruz in the 7th and 8th inning who shut the islanders down and then Cosme Zapata closed it out for the first victory of the season.

Mike Davis was the player of the games as he goes 3 for 3 with a HR , BB, 2 Runs and 1 RBI. Axel Cruz gets the victory for the Surge while Cosme Zapata gets the save. A No decision for Erik Mozeika.

“We made some mistakes early in the game but made up for it in the later part of the game. Our pitching from Erik to Axel to closer Cosme was just fantastic tonight. We came together at the end and earned a victory” – Pascual Santiago

Next game is Saturday  night as the  Surge take on the Islanders for the 2nd of 5 game series. Tickets are on sale at oobsurgebaseball.com