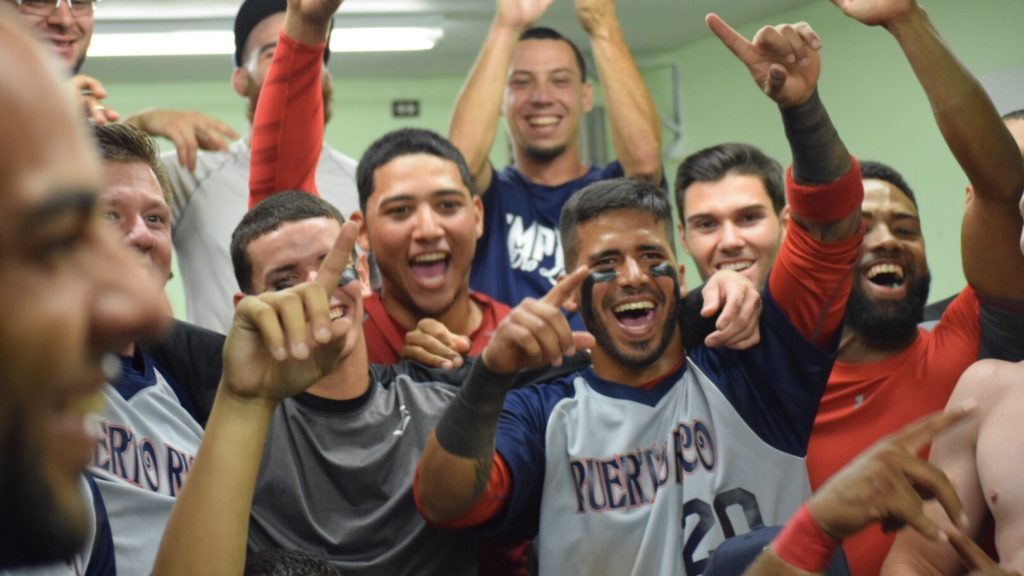 OLD ORCHARD BEACH, ME –  Puerto  Rico made history today by defeating the Old Orchard Beach Surge by the score of  12-3. It was the Islanders first win as a franchise.

The Puerto Rico Islanders started the game with  1 run in the top of the 1st inning  by a double from Matthew Martinez that drove in Kyle Schade. But that lead did not last long as Mike Davis belted another Home Run in the bottom of the 1st  but this time a 3-Run shot over the left center wall.

Dominic Severino (0-1) pitched 4 excellent innings before giving up 5 runs in the top of the 5th with a couple of errors added to it.  Wendell Flonarus (1-0) pitched 5 fantastic innings  before reaching a 97 pitch count which left it up to the Islanders bullpen and the bullpen shut down Surge hitters for the remaining of the game.

Wendell becomes the first Pitcher in the Puerto Rico Islanders history with a win. He had 6 strike outs and the difference was the 7 walks he issued to Surge Batters. He was still able to get out of innings and keep a close game before the Islanders exploded in the  top of the 5th.

Darren Lauer pitched 3 shutout inning in relief to before handing the ball over to Nick Kevlin who finished the Game. Surge Relief struggled to find the zone breaking the game open.

Puerto Rico finished with 10 total hits  while the Surge had 5 with Gevon Jackson having 2 of those as well as the big fly from Mike Davis, his second of the season, in the second game and second consecutive game with a Homer. He now leads the Empire League with 2.

The Islanders added 6 runs to the struggling Surge Bullpen in route to a 12-3 final.