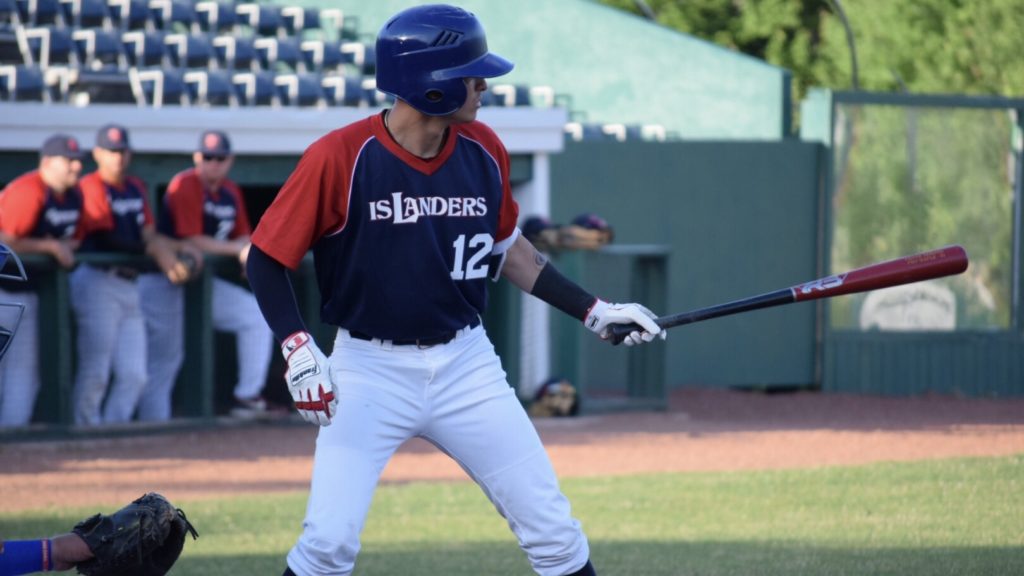 OLD ORCHARD BEACH, ME –  Islanders off to a great start as they earn their second win of the year with great pitching and clutch hitting.

It was an entertaining game to watch as the final score was 6-4. A back and forth battle and a lot of clutch hitting on both sides made it fun to watch  until the last out was made. But Puerto Rico was able to hang on  till the end to get their second victory of the Season.

Ernesto Punales shook off his debut outing and came back with a strong start for the Islanders as he  goes 5.2 innings  allowed just 3 Earned Runs  while striking out an Islanders best 8 hitters. The Surge were able to capitalize by getting 10 hits off pinales but Pinales was able to get  out of innings with big pitches earning him his first Empire League win. Islanders Nick Kevlin relieved Punales and was also stellar as he went 3.1 innings pitched, not allowing a single run while striking out 5 Surge Batters and earning the Save. He was able to get out of a big 7th inning bases loaded jam as he struck out the Surge 4 and 5 hole hitters with less than 2 outs.

Surge starter Jeff Williams provided 6 strong innings allowing just 3 earned runs but a few early Surge errors allowed for 5 total runs to come in for the Islanders and the difference in this one.

A monster shot to the right field wall by Ramon Cedeño in the 7th in which he was thrown out trying to get an inside the park home run played a big role in insurance runs for the Islanders. Cesar Arroyo came up clutch for the Islanders as he triples to the left center gap for his first career hit as a professional.  Michael Heller has a big double late in the game but was thrown out at third base trying to get a triple.

Kevin Putkonen got out of his funk  providing the Surge with 2 clutch shots to right field with 2 outs to drive in 2 of the Surge runs.  Eric Frain, Gevon Jackson and James Simpson also led the way with two hits for the Surge while Ramon Cedeño, Michael Heller led the way for the Islanders with also two hits and Nick McHugh who had an incredible night going  a perfect 3 for 3 in his first career pro start.

For Tickets and more visit www.empireproleague.com