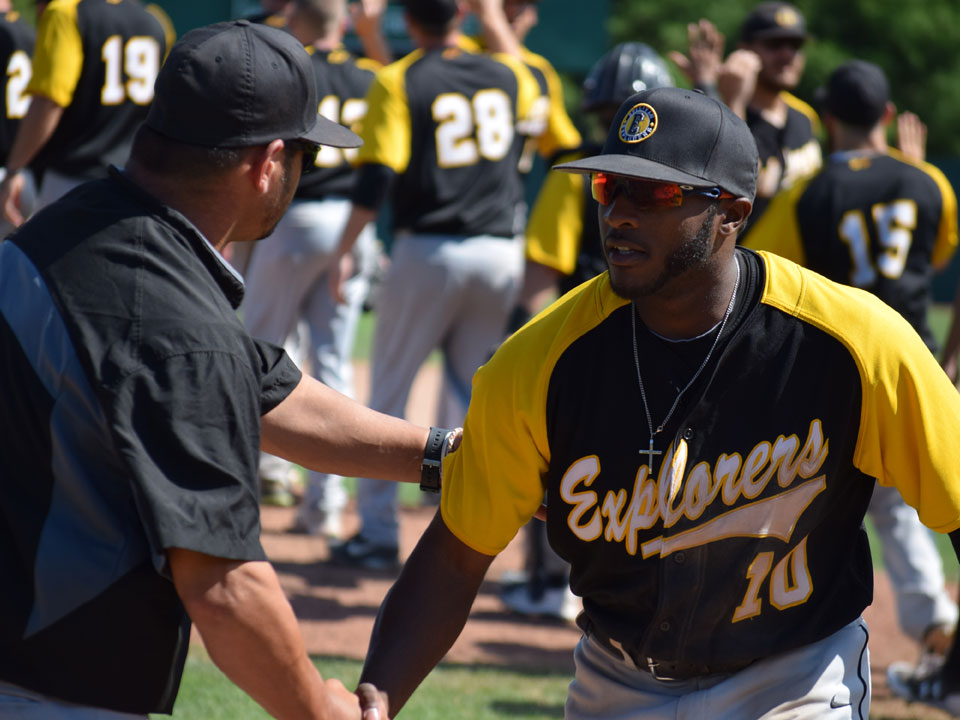 Chris Ross took the hill for the Explorers versus Branden Henriquez of the Surge.

Henriquez finished the game going 7 innings while striking out 8 batters.

Chris Ross was able to get out of a few jams with defensive help as well as great pitching execution.

The Game would then go into extra innings tied at 3 when the Explorers designated hitter Luis Touron singled to drive in two runs and put it away for the Explorers.

I’m Game two, LHP Joe Macks of the Explorers would face Jeff Williams of the Surge. Not a good outing for either starter as neither lasted long enough to record a decision although 12 total runs came in.

The Game seemed to be out of hand as the Explorers broke out to a 7-3 lead until Surge center fielder Gevon Jackson belted a 3-Run HR to left center to put it within 1. The Surge would tie the game later in the inning.

Explorers would take a 9-7 lead in the 4th on a double by Luc Pomales and a sac fly by Brandon Fowler.

Explorers went on to win by the score of 11-7 and sweep a series win over the Surge.