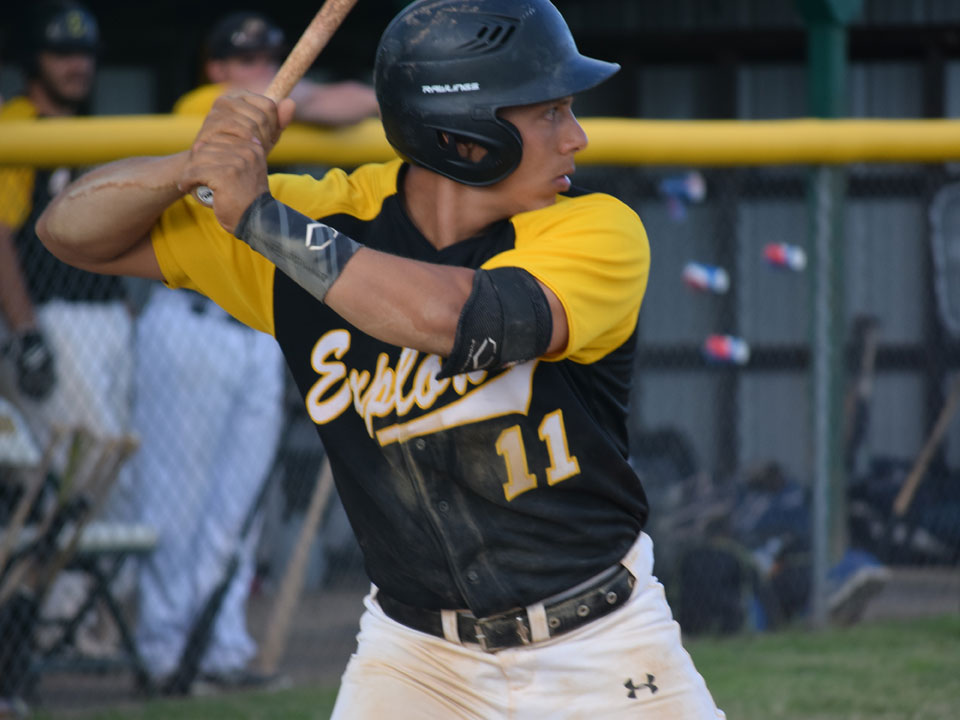 LOCH SHELDRAKE, NY – The Explorers are in second place with a  victory over the Puerto Rico Islanders by the score of 7-3.

The Explorers went down once again in the early innings with a score of 1-0 to the Islanders but were able to bounce back when Cole Easley was hit by the pitch  to drive in the tying run. The Explorers never looked back.

Christ Ross started for the Explorers and struck out 6 batters on his way to another victory. Phill Richmond came in to close it out in the 9th just before the rain came down.

Luc Pomales had a base clearing double to right center just when the Islanders were making a comeback and the score was 4-3. Pomales double turned it into a 7-3 game and despite of the Islanders scoring  1 run in the top of the 9th inning.

Ernesto Punales got the loss for the Islanders although a terrific outing only allowing 3 runs.

The Explorers look to take the series tomorrow as they face the Islanders for a double header before a day off on Sunday.