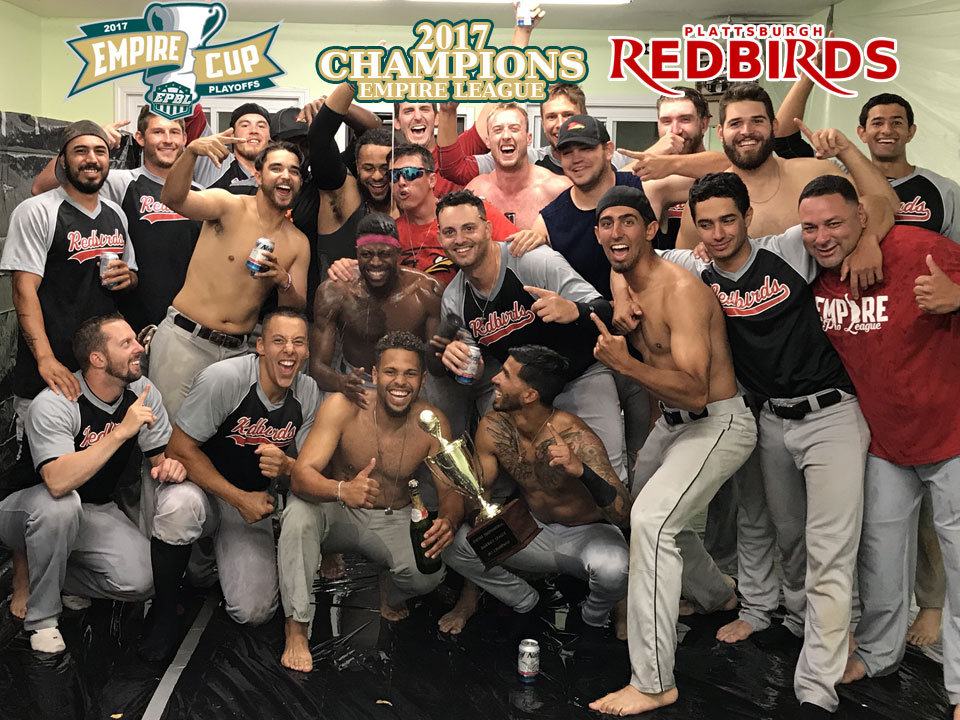 OLD ORCHARD BEACH, ME – The Plattsburgh RedBirds have done it. They are the 2017 Champions of the Empire League.

The RedBirds defeated the Old Orchard Beach Surge by a score of 7 to 4. The RedBirds got an early 3-1 lead as Surge starter Eric Mozeika started the game off with a hit by pitch to Christian Nazario-Cruz followed by a 2-RBI single and a run that came in on a walk to give the RedBirds an early 3 run lead.

The RedBirds added on when Josh Martinez had a 2 run single and ended up scoring on a passed ball.

Gevon Jackson hit a solo home run to get things going for the Surge but it wasn’t enough to catch up. Surge would score 4 runs before running out of time.

Closer Zach Breen got the final out with a strikeout looking to end it for the RedBirds to give the Plattsburgh RedBirds their first Empire League Championship.

“It’s been one heck of a season, Pascual Santiago and the Surge had an awesome year as well as the RedBirds and it came down to the end. Good baseball was played all season long and guys played with a purpose and everyone is excited for next year. I’d like to personally congratulate the RedBirds on a fantastic season, we will enjoy our success this year and get right back to work.” – Jerry Gonzalez VP of Baseball