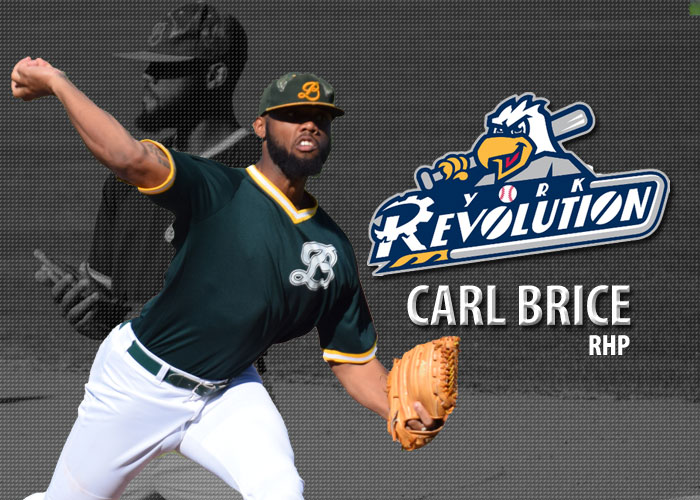 PLATTSBURGH, NY – The first place New York  Bucks will have to find a new starting pitcher  as Carl Brice will be putting on a York Revolution uniform today.

Carl  is a  very tall right handed pitcher measuring 6 feet 5 inches in height. He is what players  would believe is a pitcher that looks like hes standing right in front of you when you look out to the mound.

The righty from Jackson, MS  had 32 innings pitched here in the Empire League with 34 strikeouts, 3 wins and a 2.48 earned run average.

I got to talk to him last night, i felt like i was looking up at the moon. But from watching him over the past few weeks i can tell this guy is a competitor when he gets out on that mound. But at the same time when he is not on that mound he is a professional and a great person. I  couldn’t be happier for Carl and i wish him the best of luck” – VP of Baseball Jerry Gonzalez

Carl will report today to York and join other Empire League players still on the team like Roger Diaz, Dominic Severino and others.