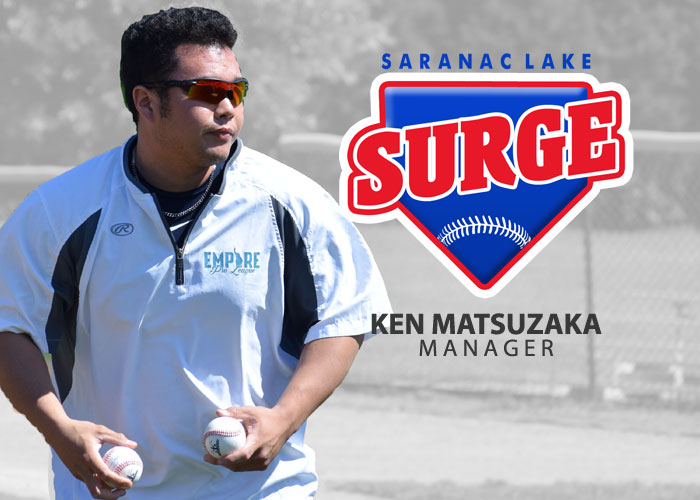 TAMPA, FL – Ken Matsuzaka will now shift his focus to the development of young ball players and leading the Surge Baseball club out of Saranac Lake, New York in 2019.

Matsuzaka will resume the managerial duties of the Saranac Lake Surge  after finishing the 2019 season with the club.

Matsuzaka, from Japan,  played his first season of professional baseball in 2016 as a member of the New Hampshire Wild. He has then stepped into a leadership role and player development in the Empire League as a rovering instructor.

The Empire League couldn’t be more excited to have a manager of Matsuzaka’s knowledge, leadership and discipline leading a ball club.