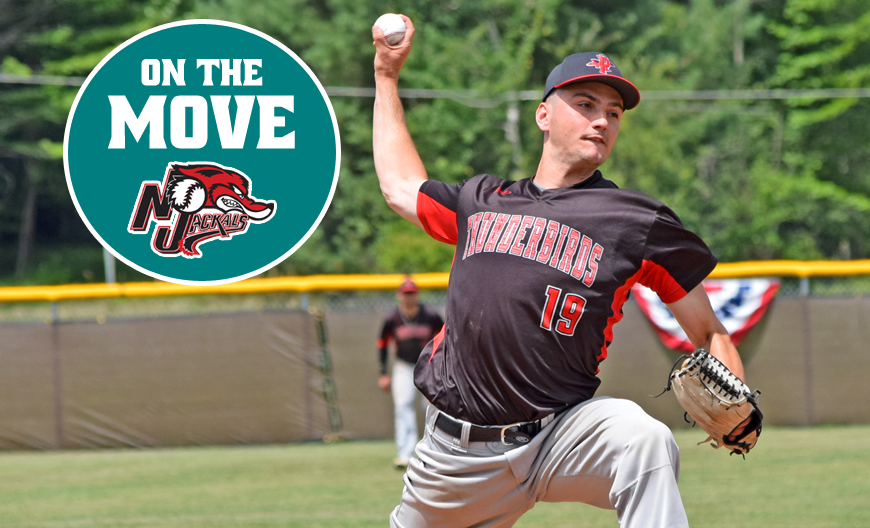 SARANAC LAKE, NY – The Plattsburgh Thunderbirds championship game winning pitcher Chris Tessitore who was moved up after season to the New Jersey Jackals has re-signed with the team for the 2020 regular season.

Tessitore, a 23 year old right handed pitcher, started 3 games for the Plattsburgh Thunderbirds in which one of those victories earned the Thunderbirds its second Empire Baseball League Championship in its history.

When Tessitore signed with the Jackals in 2019, he also  won the 2019 CanAm League Championship. Yes, he won two championships in one season in a time which was very emotional for him and  his family.

The 6’4, 210 lb pitcher out of Baldwin, New York will continue his career with the Jackals .