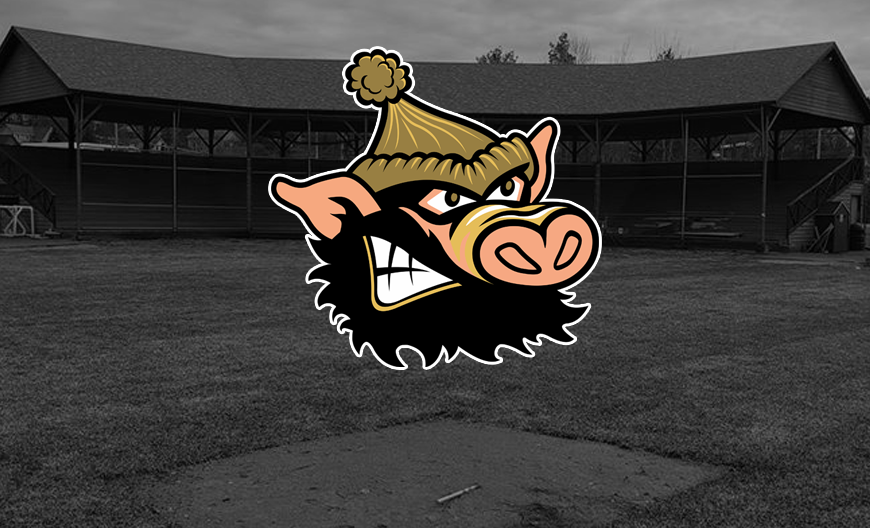 TUPPER LAKE, NY – The village asked for it, the community wanted it, the people named it, and The Empire League brought it! Welcome to the Empire League, Tupper Lake Riverpigs.

The League as an organization has operated over the last few years in parts of the north country and is growing as a huge positive influence in many communities. As the League has looked to improve its operations, it has also looked to improve geographically by settling in locations that desire this level of community fun. In 2019 the Surge Baseball team became the league’s organization of the year after moving into the Village of Saranac Lake in the Adirondacks region of New York. When the league was in search of a location to place a team, the Village of Saranac Lake answered the call and wanted a baseball team. They welcomed the Surge and Empire League with open arms and tremendous support.

After experiencing the great value that the league brought to Saranac Lake the Village of Tupper Lake wanted the same. Many of the Tupper Lake Village board members expressed huge desire to bring the Empire League experience to Tupper Lake NY.

Tupper Lake Village board member Haji Maroun was a regular game attendee in Saranac Lake, and was among the first members of the Village board to express a desire to get a team in Tupper Lake. “I loved seeing great baseball, while the players and league over all helped inspire kids in the community. My kid enjoyed engaging and learning from the players and was fortunate to be the team’s bat boy on many occasions. During the summer, kids were putting down the video games or negative activities and we’re getting out to the ball field to learn and enjoy Baseball. It was just wonderful to see, and we want that here in the Village of Tupper Lake” said Mr Maroun.

After several meetings with Mayor Dave Maroun and the village board members the long awaited baseball dream for many will come true.

“There was a little jump of the gun negative public reaction at the beginning stages of this whole idea, when a news article was released that made national headlines about the team’s initial brainstormed suggestion for a name. It was simply an initial suggestion” said Mr Gonzalez. One of several names were discussed between league ambassador and mentor Jed Carrier of NY and Mr. Gonzalez. It was then presented as a candidate in a meeting and to this day no one knows how it made national headlines since we are just now officially confirming the team entering the league and officially confirming the name Riverpigs” said Mr. Gonzalez.

Ultimately the organization established a great committee and worked hard over the last few months to make this possible. The committee allowed for all members in the community to come out and vote on the team name and voters got what they chose. The name Riverpigs was the most voted name and the team name is now in the history books. The team will call Municipal Park home and depending on national restrictions from the world pandemic of covid-19 there should be Baseball played this summer of 2020.

The Empire League is committed to providing a huge opportunity for young up and coming players but also to being great ambassadors and attraction to wonderful communities.

”We thank all supportive entities helping us make this happen, the Village of Tupper Lake, the local Businesses and most of all the fans in the community for wanting this” said Mr. Gonzalez.

The league looks forwards to gaining great partners and making a difference for time to come.

To be a strong supporter of this program, a sponsor, or to give a donation, contact us via email at Baseball@empireproleague.com or contact the Tupper Lake Riverpigs Committee anytime.