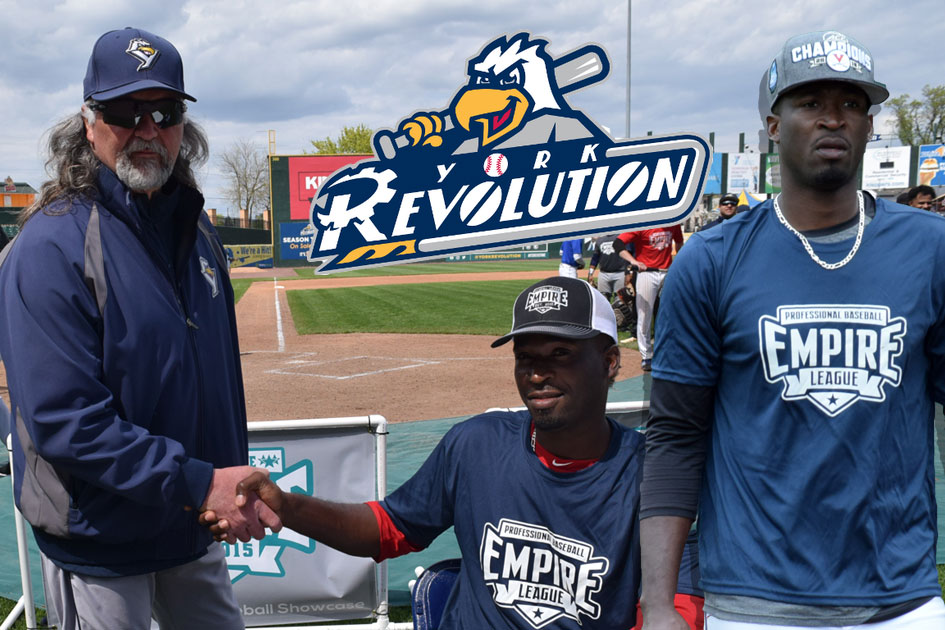 YORK, PA –   The Empire Baseball Organization puts together several professional baseball showcases and tryouts throughout the country every year. This year, at the All Independent League Pro Showcase held at PeoplesBank Park in York, PA, Home of the York Revolution of the Atlantic League, the organization had tremendous success as over 20 ball players will get an opportunity to play in 2021.

Included is Right handed pitcher Eduardo Rivera who was signed to the York Revolution of the Atlantic League .Rivera,   a 6’5  235lb right handed pitcher, topped out at 93 mph with a strong slider. Eduardo stood out amongst all the pitchers with great posture, abilities and resume.

Some of the other stand outs that will be getting an opportunity to have a season in the Empire League are Prospects Cory Alexander who displayed excellent speed and skills. Cristian Montanez who displayed tremendous power from the right side as a first baseman and Brandon Russo, a rookie shortstop with great arm, speed and bat.

Players will have another opportunity at the Empire Pro Tryouts in Ft. Myers, FL on May 17-18, 2021. To Register, visit the links under the TRYOUTS tab.