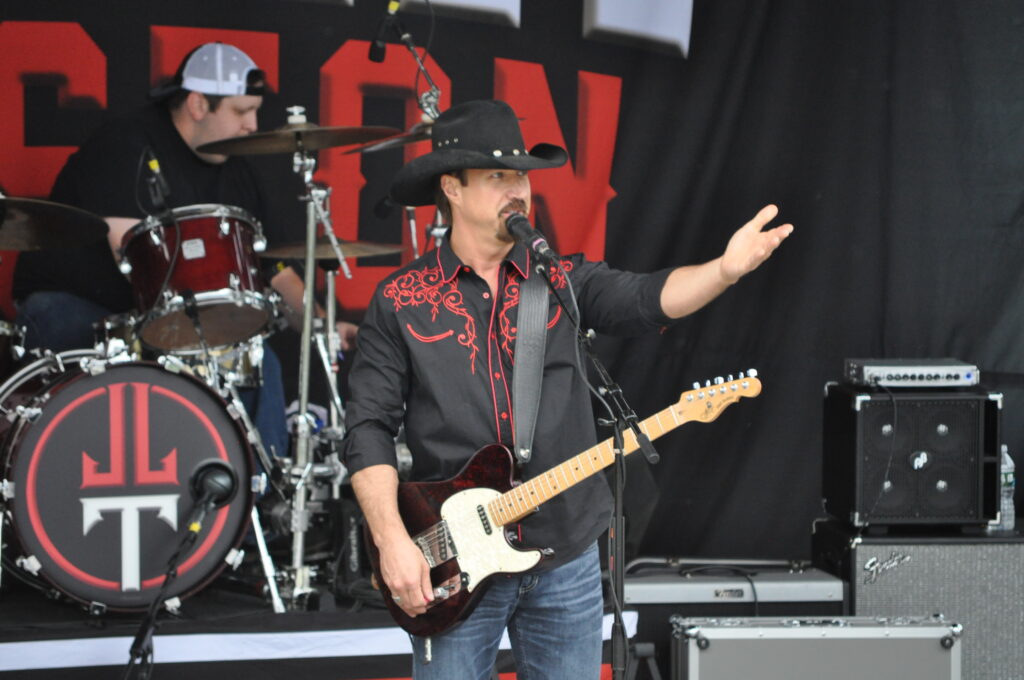 JULY 17, 2021, TUPPER LAKE, NY – This years Empire Baseball League All Star Game brought a pre game concert by Nashville Recording Artist Jamie Lee Thurston to Tupper Lake, New York. Thurston, who has recorded many songs including songs in the Top 20, Top 40 and Top 100, took the stage at the Tupper Lake Municipal Park Bandshell for an incredible All Star Game concert. After the Concert, Thurston took the field with the Empire Baseball league All Stars to sing the National Anthem in front of a sold out crowd. The concert, put together by the Empire Baseball League, was a part of giving back to the community of Tupper Lake. Article by Empire Media