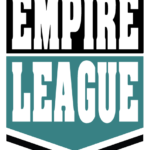 WHY ATTEND THIS TRYOUT: The Empire State Greys Scouting will look to find the best possible players to fill the final rosters spots for the upcoming 2022 Frontier League season as well as finalizing the rosters for the Empire League upcoming season. This will serve as the Empire League's Spring Training Camp where ALL the Empire League Rosters will be formed and finalized.

CAMP HOUSING: The league is not responsible for housing players during this camp. Players must book their own housing accommodations.

Instructions: Register for Camp, Agree to Terms and Conditions, Make Payment for Tryout Camp, Follow Instructions of the Itinerary.

LIMITED PARTICIPANTS. All Teams must fill rosters with only camp attendees.