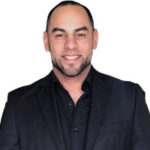 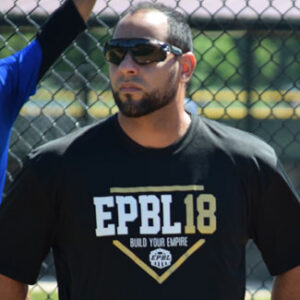 was born in the 30th of October in 1985 in San Juan, Puerto Rico. Jerry first began to play the sport of baseball at the 4 years old. By the Age of 10 years old, Jerry was selected to represent Puerto Rico. The team won the Dickie Thon Puerto Rico National Championship and Jerry was awarded and named the Most Valuable Player at the age of 10 for all of Puerto Rico. Governor of Puerto Rico presented the award. After moving to the United States in 1996, Jerry continued his playing career at Armwood High School. Jerry only made varsity his senior year and was awarded the Golden Hawk Award.

Although Jerry only played one season of High School baseball due to the politics of what high school has come, Jerry went on his own to a college tryout. Florida College Falcons offered him a Full Baseball Scholarship. Florida College did not hesitate on signing Gonzalez after day 1 of a week long tryout. After two seasons, Jerry was the team leader in many categories which led the team to a USCAA National Championship and an All American voting in 2004. Gonzalez was then offered by multiple Universities (Gonzaga, Embry Riddle, Weber Univ., Saint Leo and Florida Southern). Jerry made the decision to transfer to the local Saint Leo University. The decision was based on future opportunities.

After a Monster season in 2007 where Jerry led the team in At Bats, Hits, Average, Runs, Doubles, Triples and Stolen bases and was also 2nd on the team with 9 Home Runs and set a scool record for hitting for 2 cycles in 1 collegiate year, Jerry received a lot of attention from Major League scouts. Rockies, Phillies, Marlins, Indians, Rays and Angels all had Jerry participate in a pre-draft workout in which the Angels Hall of Fame Minor League Manager Tom Kotchman signed Gonzalez as a Free Agent.

In 2007 Gonzalez came in 3rd in the team in hitting (.325) with 4 homers and a league championship in his first minor league season. He had a 22 game hitting streak during that season. In 2009, he was called to participate in Big League Camp with the Angels. In 2011, Gonzalez was invited to play in the Puerto Rico professional Winter League with his dream hometown team, the Mayaguez Indios. The Indios was one of Jerry’s biggest accomplishments as that is the town he grew up and team that would represent in the World Baseball Classic.

In 2012, Gonzalez took time away from playing to coach High School baseball as Assistant Manager and hitting coach at Plant City High School. He then finished off the year coaching collegiate baseball at Florida Christian College (FCC) in Orlando, Florida. In 2013, Gonzalez signed with the Whitesands Pupfish and was the League Leader .421 batting average. He was selected to the All Star Game and crowned hitting Champion of the Pecos Professional Baseball League in New Mexico.

In 2014, Gonzalez signed with the Vallejo Admiras of the Pacific Association of Professional Ball Clubs baseball league in California. He batted .330 and hit in every spot of the lineup except clean up. In 2015, Gonzalez signed to play with Road City Explorers of the North Country Baseball League in New York. After just 24 at bats and a .333 average in just 4 games, Gonzalez was promoted to the Wichita Wingnuts of the American Association in which Gonzalez was signed to fill in on a 10 day contract in which Gonzalez executed in 6 of the 8 games played to help the Wingnuts.

Gonzalez, since 2007 has been sharing his knowledge with young ball players all over the nation. His professional experience, knowledge and understanding of not only the game but the business, has made him a qualified individual that helps younger ball players improve their mental and physical aspects of the game. With the Networks made throughout his career, Gonzalez is a huge network to help young ball players advance in their careers while helping them improve in the game itself.