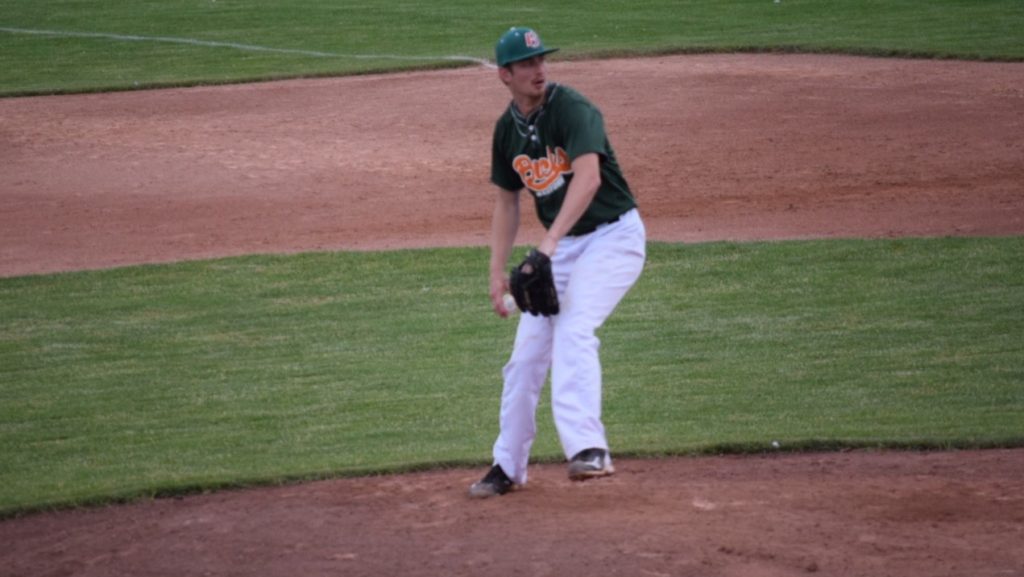 With just 9 games remaining in the first half, The Watertown Bucks and the Old Orchard Beach Surge are fighting for first place as they are only within a half game from each other.

The Watertown Bucks still have a make-up game versus the New Hampshire Wild that could determine the first half winner. That game has not been re-scheduled but the League hopes to get it played prior to the end of the half!

The New Hampshire Wild are 6 games back with just 9 games remaining and look to be out of it although they technically still have a chance. They will need to win out and get some help from the other teams. Manager Jerry Gonzalez will continue to play until the last day and see how it plays out.

The Sullivan Explorers however are right in it. Having the last two remaining series with the first place Bucks and finishing off with the Old Orchard Beach Surge could put them right in the race as they are only just a couple games back. Taking 4 out of 5 from New Hampshire was a huge reason why you should look for the Explorers to give it a strong push for first place.

As the last two series of the first half begin tonight, all teams are looking to make a statement.

“This is the exciting part, it’s going to be fun watching these teams compete for the first place that will put the winner into the Championship Series” -Eddie Gonzalez