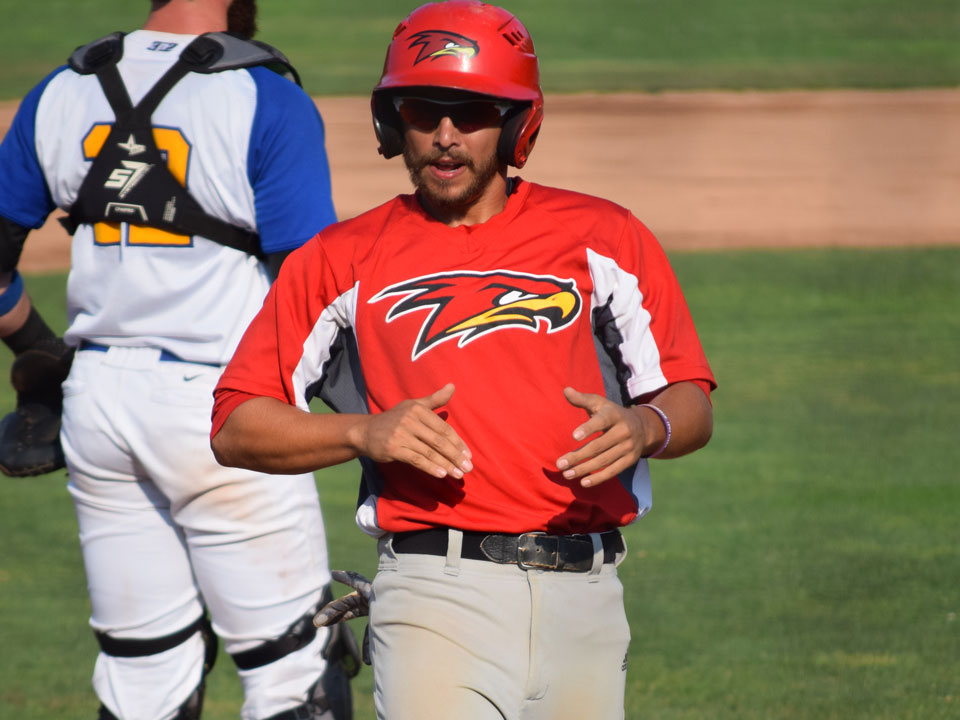 OLD ORCHARD BEACH, ME – No clinching night for the RedBirds tonight as Surge and RedBirds split the double header.

RedBirds would go on and take game one by the score of 11-2 after an explosive 5 run first inning including the first Home Run in franchise history.

Scott Hall was magnificent as he went the distance pitching all 7 innings giving up just 2 runs on 8 hits and got the Win.

Christian Cruz had 3 hits in the game and Josh Martinez had 3 RBIs.

Game two belonged to the Surge as they defeated the RedBirds 4-1.

Brendan Henriquez was playoff saving as he pitched a complete game going all 7 innings giving up just 1 run.

Surge shortstop Sebastian Diaz belted his first home run of the year. A 2 run shot over the left field wall!

The Surge are officially out of the playoff hunt for the first half but can be the difference in who does clinch the first half. Surge will play the RedBirds tomorrow night at 6:30pm. One RedBirds win or Sullivan Explorers Loss will clinch it for Plattsburgh.