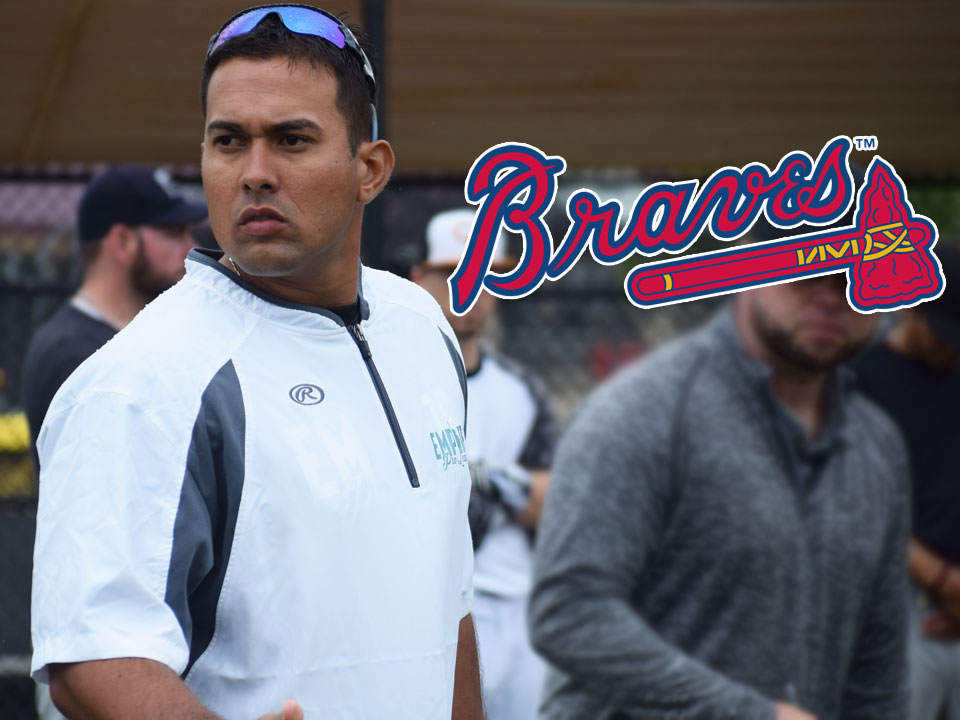 Angel who has had a great playing career,  has been shifting gears into the coaching world over the last couple of years.  Today he is another great individual with a wonderful story.  After becoming the Empire Leagues Scouting Director for the 2016-2017 season and adding to his already established resume, he can now add the Atlanta Braves to it.  Angel  owns and operates a  baseball training facility  in Orlando Florida  named Action Force  Baseball academy.

This is a great example of what building a good  resume can do for any  young man that is ever involved in a league like the Empire league  says Director Eddie Gonzalez. ” You  just dont realize what  playing or coaching and building a good resume can do for you and  your future”.  We are very proud of Angel and wish him the best on his continuous success,  as he  will also add an even higher value to the Empire League  .   We look forward  to a great relationship with the Atlanta Braves, as we never know what great talent they can get from the Empire League.