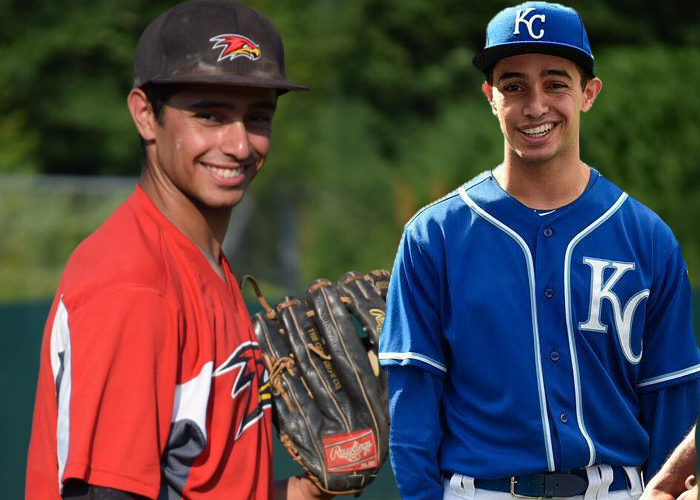 PLATTSBURGH, NY – After spending two seasons with the Empire League proving to everyone that he belongs at this level, Tarik El-Abour has been signed by the Kansas City Royals.

In his first season with the Empire League, Tarik El-Abour was named rookie of the year. He posted a .323 batting average in 19 games as a rookie with the 2016 Empire League Champions Sullivan Explorers.

That wasn’t enough for Tarik as he also won the 2017 Empire League Championship with the Plattsburgh RedBirds posting a .240 batting average in 38 games played and a total of 122 plate appearances. He drove in 11 runs and was second in the league with 18 hit by pitches.

“He has been a champion every year he has stepped foot on an Empire League field. His mindset is set on one goal and that’s Major League Baseball. We believed in Tarik like many doubters did not. I am so beyond excited and happy for this kid i can’t explain it. This is a great day for Tarik’s career and we are beyond happy that we were able to help him along his path.”- VP Jerry Gonzalez

Tarik will report on April 1st to Arizona where he will begin the extended spring training program with the Rookie team of the Kansas City Royals.

The two year EPBL Champion expressed his gratitude for the EPBL as he believes he couldn’t have done it without the Empire League’s help in the fact that he was able to put up numbers playing in the Empire Professional Baseball League was a huge reason for the Kansas City Royals to sign him.

The Empire League executives expressed their excitement with President of the EPBL Eddie Gonzalez commenting,

“Opportunity is earned first before its given… and this young man has rightfully earned an opportunity.  A devoted, dedicated, hard working ball player who has overcome so much adversity, and been told NO a thousand times, all he needed was one yes.  I am honored to have been blessed with an chance to sign a player of his caliber.  I didn’t do it because i wanted to prove people wrong, I signed him because I saw what he could do and he wanted to prove everyone wrong.  Well he has done just that in the Empire League.  Two seasons, Two Championships, a lot of maturing and learning. That’s what a independent minor league of this level should be about. I am very Happy for Tarik, and I cant wait to follow his journey.  He is a prime example to the many ball players that reach out to us needing just one yes. Good Luck Tarik, and welcome to the fraternity of man that played affiliated baseball. The Kansas City Royals are class organization for providing this opportunity earned by Tarik.” – CEO Eddie Gonzalez