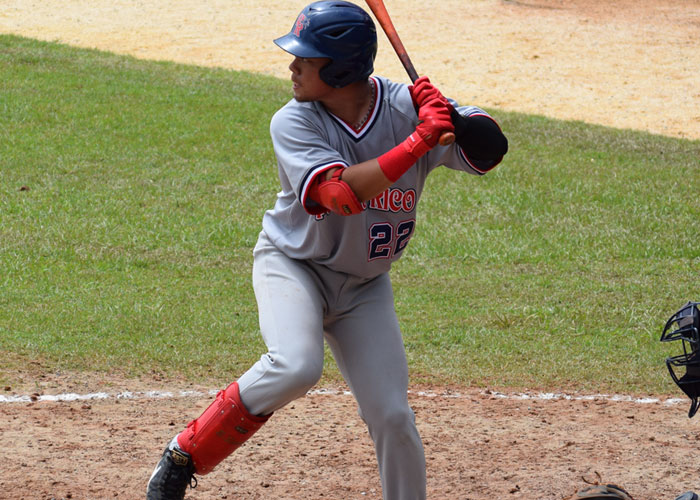 It was a hard fought game once again between the Islanders and Bucks but this time, the Islanders came away with the victory. Shota Sugawara went 5 for 6 with  a double a run scored an 2 RBI’s.

The Islanders come back was sparked by a monster 3-Run Home Run by Juan Avila that cleared the second wall of the Islanders stadium over 415 feet.

“2 Big  hits by our guys, they battled like they did last night and we came away with the victory and thats what its all about” Manager Tony Rodriguez

It was an interesting game as Islanders Japanese starter Ryo Sanogawa faced  Bucks Japanese starter Chikara Igami. This was Igami’s first professional start. Catching Igami for the Bucks was Japanese catcher Takeru Sorita. At one point the three Japanese players were  pitching, catching and hitting.

It was definitely a hitters day as the final score was 12-11.   Winning Pitcher was Jordan Matos and losing pitcher was Kyle Richards.