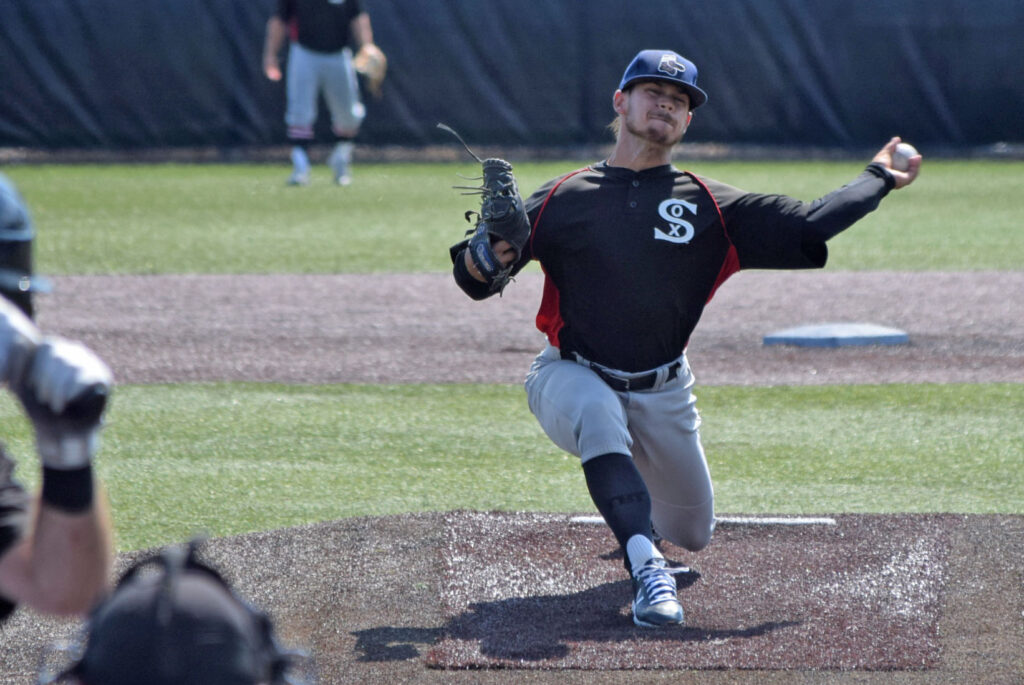 Left hander Cole Bumbales would start for the Sox in this one facing off against right hander Sean Rivera of the Riverpigs.

Colton Adams led off for the Riverpigs with the first hit in the game. Miguel Molina would join him in the second inning with an infield single down the third base line.

The Sox would get things going in the top of the 3rd inning when Mark Demko and Dustyn Macaluso walked to lead off and would score on a bases loaded base hit by shortstop Ben Andrews to give the Sox a 2-0 lead. Riverpigs would balk in the 3rd run for the Sox.

Riverpigs would answer in the bottom half with a single by both Brandon Camargo and Tyler Bailey. Camargo would be thrown out at home plate on a fielders choice. Tyler Bailey would score on a wild pitch to cut the score to 3-1.

Bumbales would go 2 scoreless innings giving the ball off to Collin Shaw who would give up one run before Hassan Westbrook would take over for the Sox.

Sox would go on to do more work in the top of the 5th inning when Tyler Reis doubled with a runner on second base to score Cody Lovejoy.

The Sox would get another 2 runs in the 5th on a error by Riverpigs first baseman which resulted in a run followed by a wild pitch to score the 2nd bringing the score to 7-1.

Brandon Camargo would stay in this game hitting his 3rd hit of the day driving in the Riverpigs second run. Missed opportunity with bases loaded however would get the Sox out of a jam to keep the score at 8-2.

The Brilliance Sox would go on to defeat the Surge.

Both teams will continue play tomorrow for rivalry day at 11:00am and 3:00pm.