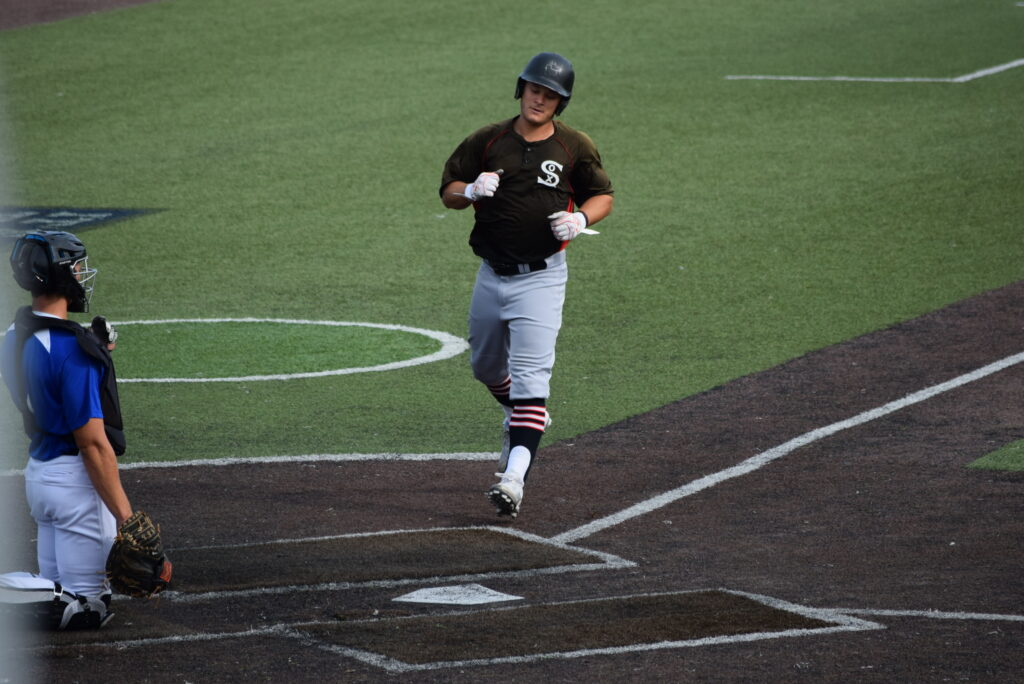 WASHINGTON, PA – The Saranac Lake Surge would take on the second place Brilliance Sox in todays 2nd matchup of the day.

Left handed pitcher Leo Madrid would take the mound for the Surge against Sean Johnson of the Sox.

Dustyn Macaluso wasted no time as he homered on the first pitch of the game to deep left field. The Sox would get another run on a Trey Bigford base hit that scored Ben Andrews to take a 2-0 lead in the 1st.

Surge would answer with one of their own when Taylor Olmstead reached first on a walk, steal second and scored on a base hit by Tyler Hill to make the score 2-1.

Sox would plate 2 more in the top of the 2nd on a couple of errors by Surge infielders to make it 4-1.

Dustyn Macaluso would continue having a day by hitting his second homer of the season. A solo shot to left field to make it 5-1.

Leo Madrid would go 6 innings of work striking out 8 total batters and only 3 runs earned.

Surge would get one more in the bottom of the 8th inning when Taylor Olmstead would single in Alexis Monge who tripled to start the inning and cut the lead to 5-2.

Tyler Hill ends the day going 4 for 4 and enough to get the call up to York Revolution for the 2021 season.

Dustyn Macaluso had a monster day hitting his 3rd bomb of the game. Another 2 run shot to give the Sox a 7-2 lead and the victory.