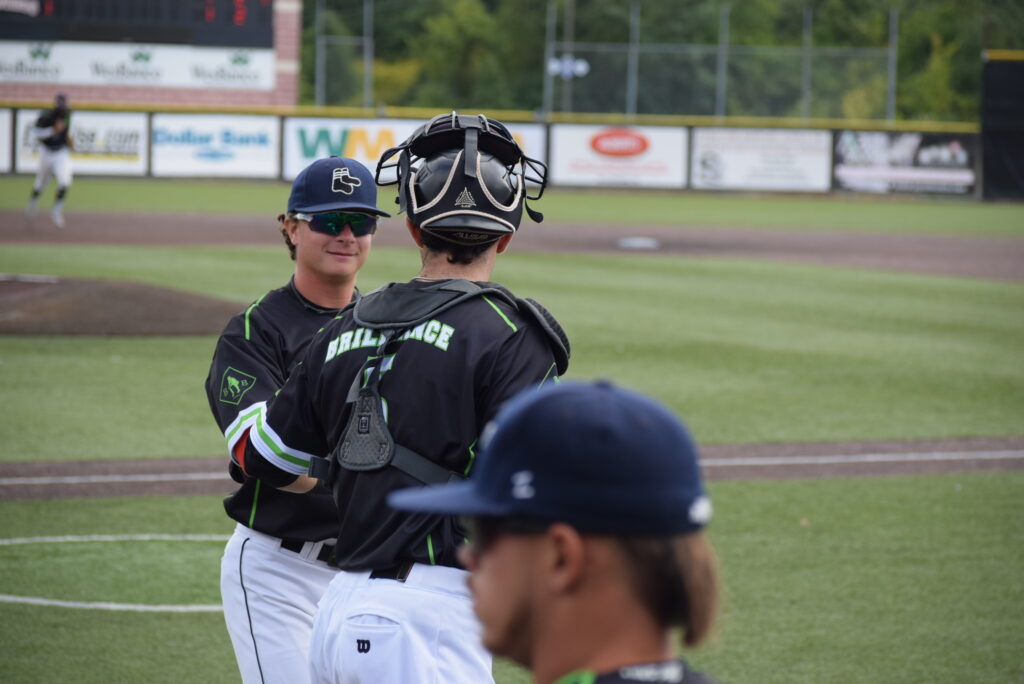 Brilliance Sox would send Doug Olcese to the mound to face off against Strikeout leader Carlos Canelon of the Surge.

Sox would score first in the top of the 4th inning when Ben Andrews belted a Home Run to deep center field and take a 1-0 lead.

Surge would get it back when John Tierney single in Chris Kwitzer to knot it up at 1.

Chris Kwitzer is on a tear as he belted yet another Homer to right field to give the Surge a 4-2 lead.

Carlos Canelon would toss 7 innings giving up just 1 run and striking out a league leading 11 strikeouts.

Surge bullpen issues would continue as they would blow yet another game late when they gave up 6 straight runs on 4 straight walks by Kezlin Douglas and the dagger base clearing double by Dustyn Macaluso would give them a 8-4 lead.

Nelson Laviosa would hit his first career home run with a runner on base to cut the lead to 8-6 but that would be it for the Surge as they failed to close out another game or complete a comeback.