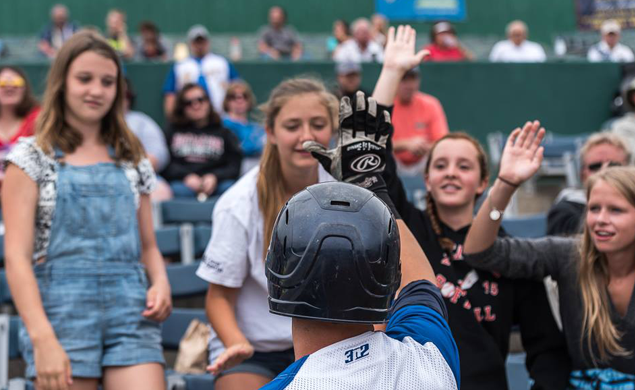 The Empire professional baseball league front office has announced the official establishment of the League.

The league is currently in full efforts of having an operating campaign in 2016.

With teams filling up their (20-man) roster spots at the Empire Camp set to take place in May of 2016, a 60 game regular season schedule will be launched for June to July with playoffs in August. All players under contract with the league will have baseball-reference professional baseball credit.

The league has committed to operating in the same cities that operated in 2015 for the North Country Baseball League with the addition of two new franchise locations.

“We are excited to announce that we want to keep professional baseball in Old Orchard Beach, Maine, Watertown, New York and bring baseball to Albany, New York and Rome, New York with a league that focuses on helping young men with better opportunities and resources to progress in their careers.” -Eddie Gonzalez (Director of Baseball/Business Operations)

Everybody that has any sense in the independent baseball industry knows that these type of leagues do not generate profits from their business operations. With stadium expenses averaging over 40 thousand dollars, everything from advertising sales, ticket sales, camp revenue and tryout revenue is used as the leagues operating funds. Player salaries and seasonal employees will rely 100 percent on these generated funds. For this reason, the league welcomes any and all interested parties to advertising on the league website and stadiums. There are great incentives to advertising with the Empire League. For businesses interested in advertising with the Empire League, email the league at baseball@empireproleague.com and contribute to the great cause of helping young talented ball players continue to follow their dreams.

The Empire League wants to continue its great established reputation of providing players the “DREAM” opportunity at playing, and putting up statistics for the purpose of being recruited to the high level elite professional leagues such as the Frontier, CanAm, American Association, Atlantic League, or even affiliated MLB teams. If players are looking for the Empire league to be their dream league, this is not the league for them. Player salaries will be no different then many rookie level affiliated teams with salaries ranging from $350 to $450 monthly. This means players will not rely on their Empire league salary to comply with personal financial responsibilities. Players must understand that this is an opportunity league that provides the chance for higher leagues to offer the better paying contracts.

The Empire League will be having tryouts for the 80 roster spots available. Only Players that participate in these tryouts will be eligible to be invited to spring training Empire Camp. There will be no spring training invites without attending tryouts. Tryout information can be seen under the tryout link or Click Here.

Article by Advanced Media of the EL