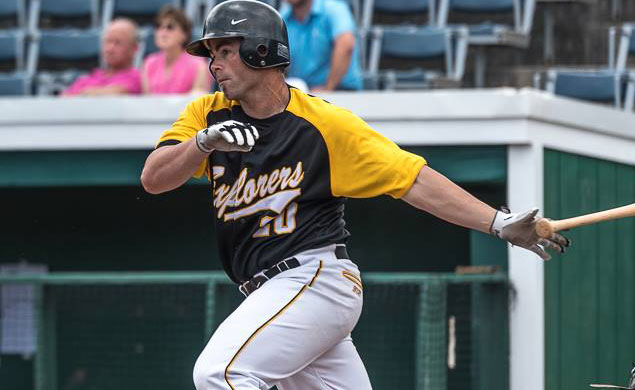 Just days after arriving at the 2016 Empire League Camp, Derrick Pyles who played for the Explorers last season was moved up to the CanAm independent professional baseball league. The move was made very late shortly after the Explorers had drafted Pyles to become a power hitting first baseman.

Managers and staff gathered for a photo opp as Derrick prepared to leave for Canada.

“This guy deserves it. He showed last year that he can play at this level and then he moved up and played well. When you do things like that we can get you back up there. Derrick didn’t have a place to play to start this year, now he is headed to the CanAm to continue his career. Happy for him!” Eddie Gonzalez Director of Baseball Operations

Pyles played in the Atlantic League following his season with the Explorers. He will be with the Quebec Capitales in the Outfield. 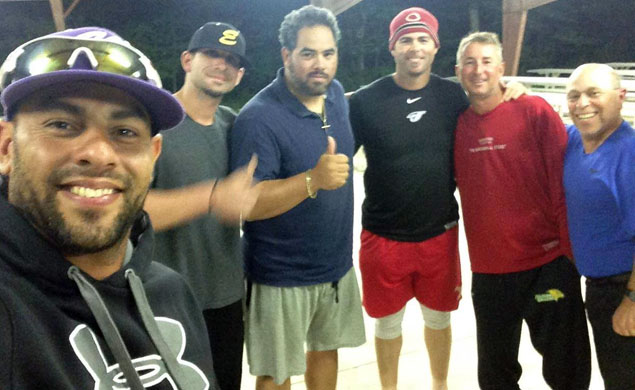