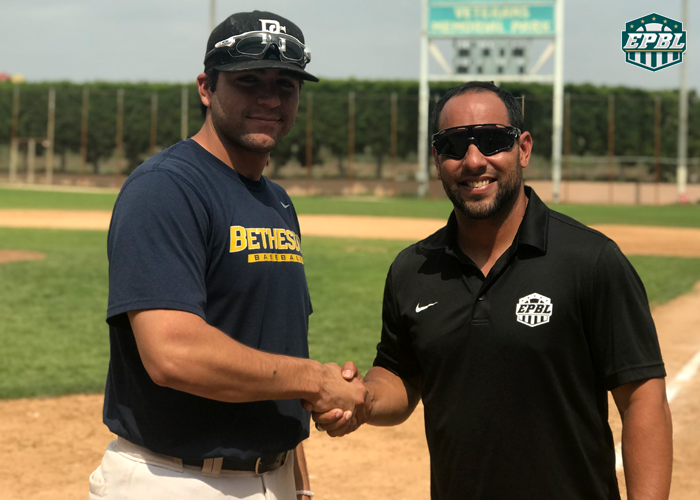 COMMERCE, CA – With the EPBL tryout camp in California bringing in tons of talent, the Old Orchard Beach made a move themselves claiming corner infielder and left handed power bat in Daniel Dominguez.

Dominguez, a 24 year old right handed thrower and left handed hitter, displayed amongst the best hitting mechanics of the camp.

“From the first ground ball at third i could tell there was something different about Daniel. He looked really smooth and calm and accurate. Then he scooped everything up at first base and showed the mechanics i look for in a hitter. A very smooth sweet swing and the ball just exploded off his bat. Surge got themselves a good one” – VP of Baseball

Dominguez will enter his rookie season in Old Orchard Beach where the town is hungry for a championship. With the addition of Dominguez, it certainly helps those chances for the Surge.