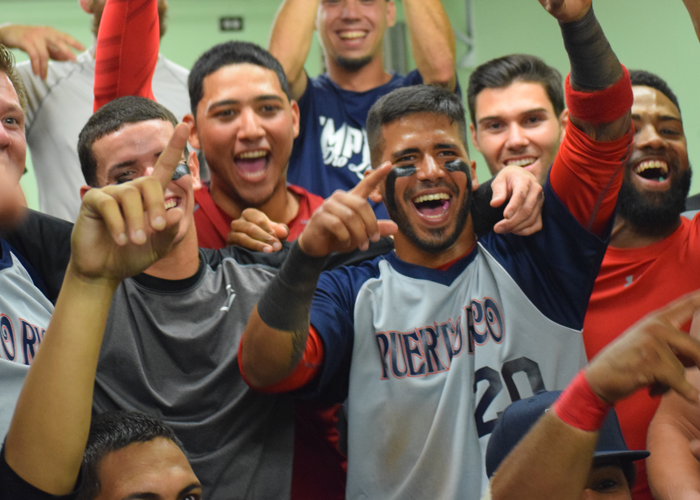 TAMPA, FL – The League announced today that Scheduling adjustments are in place to make it possible.

The Western cities of Aguada and Rincón Puerto Rico have a tremendous tourism reputation and are known to the world as premier surfing destinations with great baseball history. But now a new Baseball agenda can be added to the sports history, as for the first time in history an American base, independent professional baseball league of Rookie level play will attempt to experience the baseball market for this level of play in the beautiful island of enchantment!

The Empire League is a Independent first level league that primarily focuses on providing players an opportunity to play after college and put up numbers to Showcases their skills to the high level Professional leagues and Major League Baseball organizations. At this level players enroll in our showcase camps and those selected are placed in Teams through a draft process. They compete in a 50-60 game season, all while being trained and kept ready for the call up to the bigger leagues.

“Baseball is the blood of this island and after the devastation from the hurricanes in 2017 there is nothing more rewarding than doing something positive for the island like attempting to revive a culture of this great game in areas that could benefit from it. Helping with the movement of lifting the island up means doing everything in our power to bring tourism, re-establish a baseball tradition and doing everything possible to make an economic impact not only in the region but the entire island. The best way for the EPBL to do its part and help the island stand up again is by putting all of our efforts into bringing visitors from all parts of America to the island.” – Eddie Gonzalez

As a league we are continuing to work hard and improve on all aspects of operations, however if we can actually get the right supporting partners and sponsoring endorsements this could become a long terms endevour.

It is great to see that after a year long journey filled with uncertainty of approval, and not having specific location availability, the Puerto Rico Islanders have found a home. We are grateful for the cities of Rincón and Aguada, the Sports administrators and Recreational sports departments for accepting and permitting the use of facilities by the EPBL.

Puerto Rico Islanders GM Carlos Nuñez is deserving of much credit for his efforts put forth to making Empire League games a possibility in Puerto Rico. This comes after great works for the cities, and surrounding communities during his PRIBL baseball developmental training and leagues for up and coming prospects. Carlos has a passion for Baseball and the traditions in his hometown. We encourage high school players looking to showcase for College to train and play in PRIBL programs as well as the College guys getting ready for their seasons and preparing for pro opportunities.

The Empire League and its officials are extremely excited to be able to keep guys playing and developing for the next levels in the amazing island of Puerto Rico.

We welcome fans of all ages to come enjoy fun family affordable entertainment as the Pride of Puerto Rico is exposed in stands.

Today we say Bienvenido PR Islanders to Rincon, and the Explorers who will make Aguada a location for experimental home games this Summer.