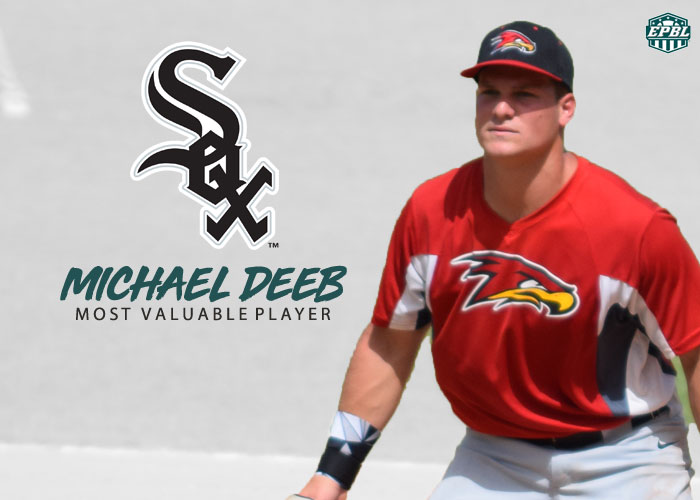 TAMPA, FL –  The Empire Leagues most valuable player in the 2018 season, Michael Deeb, has officially signed with the Chicago White Sox.

Deeb joins the Elite group of players in the Empire League who have moved on to sign with Major League Baseball organizations. The Plattsburgh RedBirds first baseman joins former RedBird and 2-time Empire League Champion Tarik El-Abour as the 2nd player to sign in 2018.

His work ethic, desire to learn and be coached to go along with his size and power have helped him accomplish his goals.

Deeb spoke with EPBL Representatives and said, ”  Thank you. It wouldn’t have 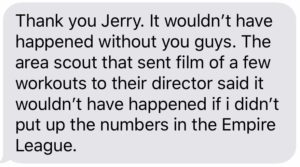 happened without you guys. The area scout that sent film of a few  workouts to their director said it wouldn’t have happened if i didn’t put up the numbers in the Empire League.”

“This is why the Empire League  exists. This league  is simply for players to have an opportunity to put up numbers, expose themselves and move on to the reach their dream. We are not the dream, we are that stepping stone into reaching that dream. ” – Director of Baseball

The Empire League congratulates Michael Deeb as he prepares for the next level in affiliated baseball with a class organization like the Chicago White Sox.