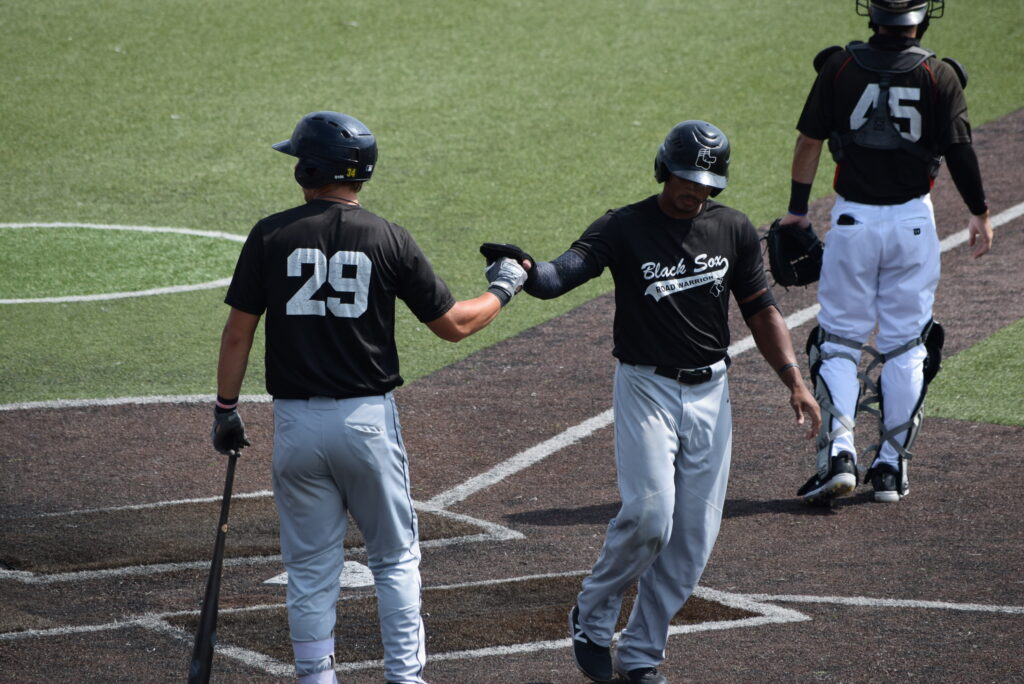 WASHINGTON, PA – The Empire League series is coming to an end in a few days before the playoffs begin and the Saranac Lake Surge would take on the first place Black Sox.

Cory Alexander would welcome Skylar to the Series with a homer over the left field wall. That would be Alexanders first homer of the series.

Black Sox would answer when lead off hitter Derek Reddy would steal third and score on a throwing error by the Surge catcher.

Surge would get another one back in the top of the 2nd inning when Alexis Monge scored on a fielders choice.

This potential playoff matchup would get tied up in the bottom half when Vee Desai hit a sac fly to center to score Frank Podkul. Derek Reddy would follow him with a 2 out base hit to score Pete Yorgen and take a 3-2 lead.

Canelon would only go 2 innings as the Surge look to potentially use him in the playoffs as game 1 starter. He would strike out 2 batters in 2 innings.

A double by Frank Podkul would giver the Black Sox a 4-2 lead in the bottom of the 3rd scoring Jermond Williams.

Skylar Janisse would settle in and post up 4 straight no run innings for the Black Sox as they would take a 6-2 lead into the 6th inning.

The Black Sox would go on to win by a score or 9-3 and claim the number 1 seed heading into the playoffs.