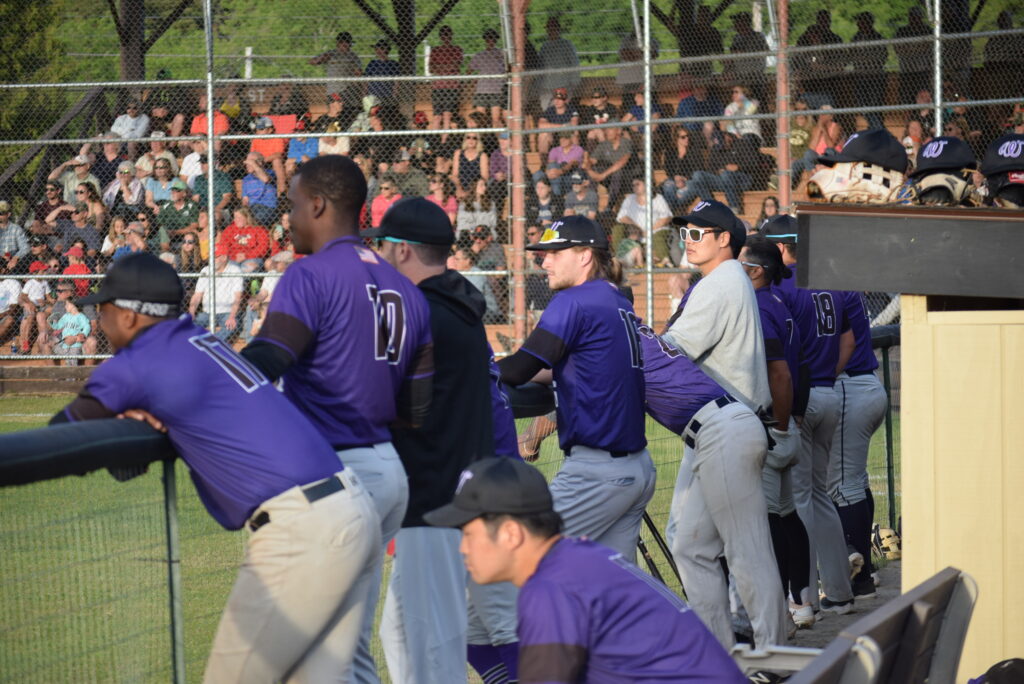 Tupper Lake, NY – After a season where coronavirus eliminated play in 2020, residents of Tupper Lake and its
neighboring cities were excited for the Empire Baseball League to continue play for this summer
season.

Opening weekend began Saturday, and the showout of fans at Tupper Lake’s Municipal Park to
watch the opening series between the New Hampshire Wild and the home team Riverpigs did
not disappoint as the stadium would sell out quickly.

Following a long week of camps and roster completion, the players for both the Wild and
Riverpigs were fired up and ready to kick off the season with a bang.

New Hampshire Wild starting pitcher Sora Sakashita put on a showing of grit and determination
as he would throw a staggering total of 112 pitches across seven innings summed up by 12
strikeout and 4 earned runs. Reliever and knuckleball phenom Sungmin Choi entered the game
and shut the door, finishing the last two innings without allowing a hit and, ultimately, boosting
his team to a 9-6 victory.

Tupper Lake’s offense would not make the victory an easy feat for the Wild, though, as a
running total of 9 hits were tallied on the board. Riverpigs designated hitter Eduard Salcedo and
shortstop Walner Espinal each had a homerun, giving their team the energy they needed to
fight.

The New Hampshire Wild would prove too powerful, though, securing their first win of the
season.

The second game of the four game series occurred on Sunday, 7 p.m. at Municipal Park. Angry
and disappointed after a game one loss, the Tupper Lake Riverpigs were riled up and ready to
hit the field in hopes of evening the series.

New Hampshire third baseman John Lantigua came into the game firing, blasting a deep
homerun to center field in his first at bat of the showing.

Going into the third inning with a 2-0 lead, the Wild were confident and energetic, but the
Riverpigs spoiled all of the fun after putting up seven unanswered runs throughout the entirety
of the rest of the game to win 7-2. The Riverpig offense was powered by Walner Espinal who
blasted two homeruns, boosting his HR total to three throughout two games.

Game three of the four game set is scheduled to take place Monday night, 7 p.m. at Municipal
Park in Tupper Lake. Both teams will look to enter the win column