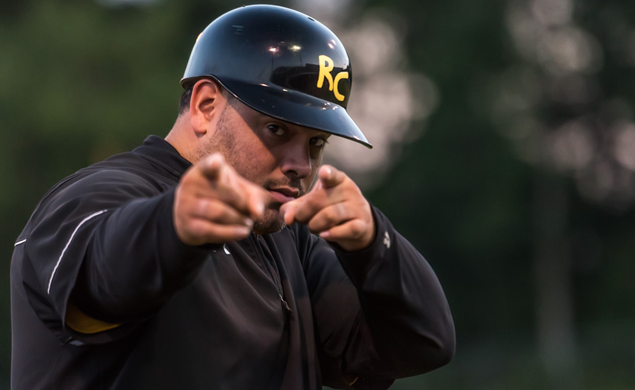 The Empire professional baseball League established after the conclusion of the North Country Baseball League, has announced that Eddie Gonzalez will operate as the League’s Director of Baseball and Business Operations. It is a similar role that he had with the North Country Baseball League in which he focused primarily in the signings and promotions of players to and from the league. This role allows him to have rights over all personnel in signing of managers, coaches, players, player promotions and general managers. With almost 40 percent of players promoted out of the North Country Baseball league in 2015 to higher level leagues, The Empire League hopes to continue to be among the best in the country by having a director like Gonzalez helping players achieve their dreams in professional baseball.

“I am blessed to have the opportunity to do something I truly enjoy. Not only in the sport of baseball, but in the independent professional baseball industry. I understand that leagues like this do not profit, but being a part of it is great and very rewarding because no one does this for the money.” – Eddie Gonzalez

Independent professional baseball consists of various levels no different then any affiliated organization. When you have leagues like the Atlantic League or the American Association where stadiums sell out generating millions of dollars annually in revenue, then ownership groups profit. But when you have a lower level league like the Empire League which compares to rookie level affiliated baseball where there is not a lot of money generated, lower attendance at games if any at all, then you’re talking about a league that primarily focuses on really giving players an opportunity to prove themselves at a professional level which opens the door for higher opportunities with higher pay.

“The Empire League will be a very low salary league. Probably just a step above the Pecos League and the Pacific Association when it comes to salaries. But the networks and connections with scouting and higher level leagues will continue to be the same. Our mission is to make this league successful by continuing to help these players because we know that there’s an incredibly high demand for these high level leagues to seek players ready to fill in rosters.” – Eddie Gonzalez

The League originally planned on operating in 2017. But with the high demand by players to play in 2016, league officials are making great efforts on putting together a 2016 campaign to get players playing and ready for higher leagues.

To have a successful 2016 campaign, the league is making tremendous efforts at seeking advertisement and generating revenue through ticket sales and Empire League camps. This is being done for the players who really want to play professional baseball in 2016.

Article by Advanced Media of the EL